The Many Ills Of Zoning 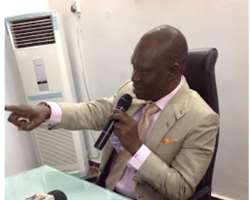 A zone is defined as “an area or stretch of land having a particular characteristic, purpose, or use, or subject to particular restrictions.” By implication, zoning means rotation of political power between zones. It refers to intra-zone shift of power as between say Delta North senatorial zone and Delta South Senatorial zone on the state level. On the national level, it applies to rotation between geo-political zones.

Zoning should be distinguished from Federal Character which is enshrined in the 1999 Nigerian constitution. For reference, Sections 14, 84(4), 153(c), 157(2), 158(1), 171(6), 217(3), 219 and 223(1)(b) all refer to federal character. Specifically, Section 14(3) of the amended 1999 Nigerian Constitution states “the composition of the Government of the Federation or any of its agencies and the conduct of its affairs shall be carried out in such a manner as to reflect the federal character of Nigeria and the need to promote national unity, and also to command national loyalty, thereby ensuring that there shall be no predominance of persons from a few State or from a few ethnic or other sectional groups in that Government or in any of its agencies.”

In Section 318(1), under interpretations, we see that "federal character of Nigeria" refers to the distinctive desire of the peoples of Nigeria to promote national unity, foster national loyalty and give every citizen of Nigeria a sense of belonging to the nation as expressed in section 14 (3) and (4) of this constitution.” To enforce the provisions of the constitution, the Third Schedule in Part C, list the Federal Character Commission.

Zoning on the other hand has no basis in Nigerian law and was only referred to vaguely in the original Constitution of the People's Democratic Party. It was not a relevant issue in the national discourse until 2010 when the North wanted to clamour against President Goodluck Jonathan running for election in 2011. Everyone agreed that it was just a PDP matter, although it inevitably crept into the polity since PDP was the ruling party at the National level. It is clear that those clamoring for zoning are usually using it in an attempt to boost their chances of getting elected. It will not be an issue if the proponents of zoning believed they could win without the zoning mantra.

Recently, when the Secretary to Delta State Government, Comrade Ovuozourie Macaulay stated at a media briefing that there were no fora in which there was an agreement for zoning of the governorship, he was courageously telling the truth to the chagrin of many people. The truth is obvious that not only does zoning encourage mediocrity, it fosters an atmosphere of politics of vengeance and creates distrust coupled with government of entitlement. Can you imagine if Jamaican Americans or Chinese Americans campaigned under the slogan that it is their turn to be president because they have not ruled yet and that they will make sure to develop their people if they get in to power.

Delta State is very strategically located and a microcosm of Nigeria. It is diverse just as it is rich in both natural and human resources. The zoning issue is clearly over-heating the polity as it relates to the 2015 governorship election.

The disagreement with zoning spreads across the three Senatorial zones. Ijaw Opinion Leaders, through one of their leaders Chief Timi Johnson, has not equivocated in shouting that 2015 Delta State governorship has not been zoned to Delta North and this has nothing to do with Elder Godsday Orubebe (an Ijaw) declaring his intention to run for the governorship in 2015. The Ijaws pointed out that the governorship position had always been contested by the three senatorial districts in the state since 1999.

Also, Former Acting Managing Director of the Niger Delta Development Commission (NDDC), Pastor Power Aginighan, has added his voice to the debate by stating that the 2015 Delta State governorship position is open to all qualified indigenes., including one of the children of Governor Emmanuel Uduaghan. Pastor Aginighan was a PDP governorship aspirant in 2007 and had previously told the media that that zoning has never been used in Delta State since its creation in 1991.

The emergence of the incumbent governor, Dr. Emmanuel Uduaghan, was not a product of any zoning." He added that the fact that “the capital of Delta State is at Asaba in the Delta North Senatorial District cannot be a disqualifier for an indigene from that senatorial district from aspiring. The fact that the Central Senatorial District has produced two elected governors in the persons of Olorogun Felix Ibru and Chief James Ibori cannot be a reason to prevent any Urhobo from seeking for the governorship slot. Equally, Dr Uduaghan's being in power for two terms cannot stop any indigene from the Delta South from aspiring.”

"Any other road to political power can only enthrone mediocrity and engender the culture of impunity with emerging leaders parading themselves as imperial lords and tyrants who see the rest of us as conquered people."

In Delta Central, the argument against zoning is the same. A PDP Chieftain Solomon Edojah has also stated that Delta State governorship seat is not zoned to Delta North”

Hon. Edojah re-echoed that the practice has always been for candidates from all the three senatorial districts in Delta State to vie for the primaries for the governorship and that there was no time the PDP in Delta sat down and agreed to zone power in 2015 to Delta North.

According to him, “ethnicity would not be used as yardstick to determine who would be governor of Delta State” in 2015. and it should not be over flogged as the race remains open to all qualified Deltans. In other words, it should be based strictly on the “person's pedigree, credentials and ability to move Delta State to greater heights.” He added that “in Europe (Britain) you don't even know where Tony Blair come from, or where the current prime minister, David Cameron is from. What we know is that they are British people. Let us begin to develop this culture where we say this is a Deltan; he is qualified to be a governor and so it would be. When you harp on ethnicity as a way to secure the governorship ticket, the first thing that comes to my mind is that you are not competent and you are using tribalism or ethnicity to get the ticket.”

According to Paul Osuyi of Daily Sun News “political pundits are now shifting discussions on the contentious zoning arrangement to the character, pedigree and antecedent of the individual aspirants.”

Early in 2013, Former People's Democratic Party (PDP) Public Relation Officer Chief Fred Sowho stated emphatically that “It is a blatant falsehood to say that zoning of governorship slots has been practiced in PDP since 1999 certainly not in Delta State.”

In a telephone interview with Urhobo Vanguard reporter on Friday, Chief Sowho re-emphasized his position that 'the best candidate should come forth. Once it has been arranged or picked, then every other group is considered in appointments. The top position in the State has never been zoned. As a member of the PDP State working committee, it has been so. Every primary has been contested by aspirants from the three senatorial zones. “

The majority of Deltans seem to be of the opinion that there should be no zoning. So, forget zoning and let the best man (or woman) win.