ARUNMA OTEH AND THE RULE OF LAW 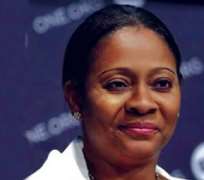 The Presidency recently adopted the report of the independent investigation into the Project 50 Programme, which was instituted by the Board of Directors of the Securities and Exchange Commission (SEC). The auditors, PricewaterhouseCoopers (PwC) absolved Ms Arunma Oteh, the Director-General of SEC, of any financial impropriety and recommended the lifting of the leave of absence imposed on her by the Board of SEC.

The response has been deafening. Following her subsequent recall by the Presidency, some staffers of SEC protested her recall attempting to sentence her to life outside SEC. In the same vein, the House of Representatives, the next day, passed a motion asking for the sack of Oteh.

It is without a doubt that every Nigerian is a stakeholder in matters that concern this country and is entitled to his or her opinions on such issues he or she chooses to follow, but should this right be inimical to the rule of law of the land? Does this right supersede the rights of the constitutionally empowered entity to act in the best interest of the nation and in accordance with the spirit and letters of the constitution?

Let us chronicle the events that brought us to this point. The House of Representatives Committee on Capital Markets and other Institutions held a public hearing “to identify the manifest causes of the markets’ near collapse with a view to finding lasting solutions.” It was a most welcomed activity that many envisaged would bring about a closure to the huge losses that Nigerians suffered as a result of the plummeting of the equity market from a capitalization of N12.6 trillion in March 2008 to N3.99 trillion in February 2009.

Throughout the course of the public hearing accusations began to fly, including that funds were mismanaged by the office of the DG of SEC for Project 50, the programme celebrating the 50th anniversary of capital market regulation in Nigeria. In response, the Board of Directors of SEC sent Oteh on a leave of absence to allow the auditors full access to conduct their investigation. It appointed PwC, one of the leading professional firms in Nigeria, to audit the Project 50 programme in its entirety. The firm interviewed all parties that were involved in the programme, reviewed relevant documents and made its recommendations.

The report gave Oteh a clean bill of health, exonerating her from any illegal dealings.

It is obviously not a fight for justice. As we can see from the chronicle of events all due processes were followed in this investigation. The auditing firm was appointed by the Board and was independent and highly reputable. It interviewed all interested parties, and went through all relevant documents. The report was reviewed by another competent body, the Federal Government, before it came to its decision of reinstating Ms Oteh. Yet those wishing her not to return would have been happier to see Oteh vilified, despite her innocence. This is quite unfortunate.

The House of Representatives’ stance is even more unfortunate. As a constitutional body, it should be seen as champions of the rule of law, and not law-breakers as suggested by the endless scandals that it has engulfed itself in. If it has found Oteh wanting in her duties, would it not be logical to call for her trial by an independent arbiter, the judiciary. Since the auditing firm and the Presidency have vindicated her, the House should as well support her, not minding the travails of Hembe, a potent reason the House is kicking against Oteh’s reinstatement. The issue now in vogue with the House, that Oteh’s lack of requisite qualifications prior to her appointment, seems to be an afterthought. Oteh has been in the capital markets industry for over 20 years post graduation. Having been with the African Development Bank alone since 1992, there is no doubt she is eminently qualified.

I honestly sympathise with the protestors. They took a bad gamble both in thought and indeed. Whatever their issues were, they had an opportunity to present it to the auditing firm. Now that the jury is out they should simply accept it and move on with their work.

On the part of the reinstated Oteh, I will solicit maturity in the manner she handles the dissent that has come from her misguided workers through this period. He, whose God has fought for, needs not make corpses, they say. No matter how misguided these workers were, she should acknowledge that they still have the right to their opinions and expression. As a leader, especially one that has been vindicated, she should not only open her arms and embrace all and sundry, irrespective of the roles they had played in this matter, but also encourage the repentant ones to come back to the fold.

Nigeria and the entire world are looking up to Oteh, and providence has given her a second chance, as it were, to prove her mettle in restoring and resuscitating of the nation’s capital market. I will remind her that her leadership will be measured by how far she went in the restructuring of the capital market and not by how many battles she fought. Most of us that lost our life savings in the near collapse of the stock market can only get closure when we see that all the shenanigans that jeopardised our funds are addressed, and the perpetrators brought to book. We want to be assured that never again that a thieving gang will dupe us of our hard earned savings.