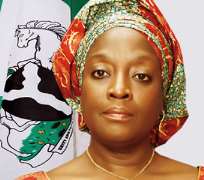 ABUJA, JULY 02, (THEWILL) - The House of Representatives today summoned the Accountant General of the Federation (AGF), and the Director-General of the Bureau of Public Enterprises (BPE), Ms. Bolanle Onagoruwa to appear before it next Monday to brief the committee on the N56.8billion loans awarded to over 22 agencies in 2001 by the federal government.

The House also threatened to wield the big stick on 18 Ministries, Departments and Agencies over their failure to appear before the committee to defend the N16.7 billion excess expenditure allegation leveled against them by the office of the Auditor General of the Federation as contained in its report for 2006.

The loans were given to some sold or concessioned federal agencies by the BPE with the backing of the Ministry of Finance. The agencies include the Nigerian Security Minting and Printing, Ajaokuta Steel Company, Delta Steel, Jos Steel mining Company, Power Holding Company of Nigeria (PHCN) and 19 others.

The House committee on public accounts, which issued the summon Monday wondered why the loans to the privatised agencies were yet to be paid after over a decade, and sought to know if they had become bad loans or were converted to equities.

Chairman of the Committee, Solomon Adeola which criticised the FG for the neglect in recovering the loans, gave a long list of requests to the AGF and BPE on the loan-defaulting companies.

The Committee had resolved that the BPE along with the AGF should avail the panel with "list of the affected companies, status of each, the status of their loans, year of loans, structure of loans, share certificates issued to the federal government, if the loans have been converted to equities, and the date of conversion to date".

The committee chairman regretted that letters of invitation to the affected MDAs to defend themselves have not taken seriously.

He added that the Accountant General of the Federation, Mr. Jonah Otunla even pleaded on behalf of the affected MDAs to appear before the committee today but the officials failed to turn up.

Hon Adeola who frowned at the attitude of the affected MDAs noting that if the MDAs fail to appear before the committee next Monday, they would stand indicted as indicated in the Auditor General of the Federation report.