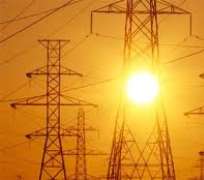 Nigeria has a proven reserve of 187 trillion cubic feet of gas, making it the world's seventh largest natural gas reserves. But decades of corruption has crippled the ability to tap this natural resource to power electricity generating plants. At the moment, gas supply is one of the biggest challenges to government's power reform agenda. This report looks at the intrigues.

Upon assumption of office as Minister of Power about a year ago, Prof Barth Nnaji announced a target of 5,000 megawatts of electricity generation by December, 2011. Just like the previous government of late President Umaru Musa Yar'adua, that had set a 6, 000MW target, it was never met.

The excuse the minister has given so far is non-availability of gas to power available plants. Most of the power plants, which are run on gas, he said, were not getting the product even though existing plants have the capacity to generate up to 5000MW.

Now, one year into the administration of President Goodluck Jonathan, the power sector remains almost as it were. There seems to be motion everywhere but no movement. In January, generation had hit an all time high of 4, 400 MW but that was short-lived. A system collapse followed in March and the minister cried foul, alleging sabotage. This led to the sack of the then Managing Director of the Transmission Company of Nigeria Engr. Akinwumi Bada, the Market Operator Engr. Uzoma Achinaya and the Executive Director, Human Resources of the PHCN, Mr. Olushoga Muyiwa.

Engr. Bada and Engr. Uzoma Achinaya were replaced with Engr. Shola Akinniranye and Engr. Evarestus Mogbo respectively. At the moment, generation is about 3, 500MW, for a population of about 160 million, whereas about the same amount of power is utilized by only a medium sized European city.

There are reasons to fear that getting gas to the power plants might remain elusive at least in the nearest future. For instance, the debt owed gas suppliers by the Power Holding Company of Nigeria over the years has risen to N88 billion, the minister of power, Prof. Barth Nnaji said recently in Lagos. The huge debt has led to poor investment by gas producers. Although, the concern of low gas price by suppliers seems to have been solved with the review of gas price to $1 per standard cubic feet, the absence of, and dilapidated gas infrastructure is a problem that cannot be fixed overnight.

Most of the Integrated Power Projects started from the regime of President Olusegun Obasanjo didn't factor in the logistics of getting gas to the plants. As a result, some of the plants ready for use had no gas to power them. Besides, quite a number of the plants are situated far from the source of the gas.

Minister of Petroleum, Mrs. Diezani Alison-Madueke explained that in the past, there had been a misalignment between relevant stakeholders in the gas sector to power supply chain but that is being corrected with the establishment of a task force on emergency gas. A 12 month gas plan has been unveiled in that regard.

'There had been no alignment between the planned National Integrated Power Projects (NIPPs) and the necessary gas supply to them,'' the minister had said at a news conference. Getting gas to power plants is not a rocket science. The confession of the petroleum minister amounts to failure to make necessary plans when the IPPs were being designed.

Mrs. Alison-Madueke had said: 'The challenge of gas supply is essentially localised around the western axis, as we currently have a situation of excess gas availability in the Eastern axis. As we speak, there is over 300 million cubic feet per day (mmcf/d) [equivalent to about 1000MW] worth of gas available in the eastern axis but currently not utilised. This is due mainly to the afore-mentioned misalignment and also to the underperformance of existing PHCN power plants.'

Minister of Power, Prof. Barth Nnaji, had decried that of the expected 10,800mmscf volume of gas supply to power plants in the first quarter of 2012; only 2,268mmscf was supplied, resulting in the shut-in of 977.5MW at the plants.

The supply shortage led to the constraint of 337.5MW at the Olorunsogo NIPP, while 152MW was constrained at Olorunsogo PHCN plant. 112MW and 276MW was shut-in at the Sapele NIPP and Geregu PHCN plant respectively. The Ughelli power plant had 100MW of power shut-in due to inadequate supply of gas.

Following the declaration of emergency plan to address the gas challenge, the petroleum minister said the East-West pipeline was being accelerated to get to the West. According to her, a total of 800mmcf/d of gas is being produced in the Western axis, of which 520mmcf/d is deployed to the power sector (equivalent to about 1800MW on average). The balance is supplied to domestic manufacturing industries.

She said over the next 12 months, a total of 500mmcf/d would be added to the national grid. This she noted would have direct impact on the overall power situation in the country. This is even as the minister noted that appropriate steps were being taken by the power ministry to address all outstanding debts and commit to payment for future gas supply as well as other terms stipulated in the gas supply agreements.

In 2008, the Nigerian electricity Regulatory Commission (NERC) introduced the Multi Year Tariff Order (MYTO) which saw an upward review of electricity tariffs. The tariff then had a projection of 16, 000MW by 2010. It never came to pass. Come June 1, 2012, MYTO II will take effect, another hike in tariff at least by 11 percent for most consumers who fall under the Residential 2 category. The new tariff has a more modest projection of 4000 to 4, 500MW at the end of 2012. But the authorities have assured that the new tariff is a cost reflective one that would attract private investors in the form of Independent Power Producers (IPPs).

For example, General Electric (GE) of the United States of America has signed a memorandum of Understanding with the federal government with a commitment to partner with other investors to build 10, 000MW of power plants. GE would take up about 15 to 20 equity share of the endeavour. Also, Siemens has taken a similar step.

The federal government appointed a bulk trader last year with a mandate to partner the World Bank to be a guarantor in gas agreement, lack of which had been a major setback in getting banks to sign gas purchase agreement with power producers. The government also says by 2013, there should be about 10, 000MW and by 2020; 40, 000MW of electricity.

If conclusions are to be drawn from precedents, the past failures of government to match its words with action leave much to be desired.

But the minister of Power Prof. Barth Nnaji was upbeat while speaking recently at the ministerial platform marking President Jonathan's one year in office. He said some of them (ministers) had other things to do but we decided to take up these appointments not for joke but out of concern and readiness to right the errors of the past.

Analysts are hopeful that there would be significant improvement in the sector if the sale of the unbundled PHCN is concluded in October as planned. There have been several shifts in dates of the privatization by the federal government in the past.