INEC: NOT BUSINESS AS USUAL FOR ELECTORAL OFFENDERS 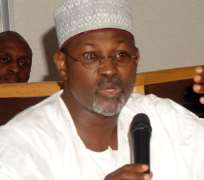 By Johnbosco Agbakwuru
A rare attempt to bring to book electoral offenders during the February 25 gubernatorial election in Cross River has commenced. It is the product of the grit of the State Electoral officer, Mike Igini who is translating his experience in civil activism into electoral transparency.

THE fear of Mr. Mike Igini, Resident Electoral Commissioner of the Independent National Electoral Commission in Cross River State has become the beginning of electoral wisdom for political operators in the Land of Paradise. From the time he assumed office as the INEC Commissioner in the state, he has not left anybody in doubt on his mission to sanitize the electoral process starting from the state.

In fact, before the 2011 general elections in the state, the name of Igini stood for terror within the ranks of the major political parties as he was called names, vilified and harassed by party patrons, who until Igini's advent had operated at will.

Constitutional provisions
The genesis of what seemed like a crisis between the INEC Commissioner and the state Peoples Democratic Party, PDP was when the electoral umpire told the party to follow constitutional provisions in the conduct of ward congresses to elect the delegates for the state congress. The party had before then practised what it called the conclave system.

It was the prerogative of the state chief executive in collaboration with few political godfathers to decide who gets what. Even if the person does not have the required credentials to stand for the election in so far as the powers that be have anointed him or her it becomes automatic.

Jega…INEC boss
However, with Mike Igini on the saddle; it is on record that the last election in the state has been adjudged one of the best in the country and the electorate now have confidence in the INEC.

Tackling electoral fraud: Despite the success so far recorded, the commission, it seems is not resting on its oars in its bid to further sanitise the electoral system.

Last week, the commission in cahoots with the security agencies in the state commenced the prosecution of its own staff implicated in election malpractises during the recent gubernatorial elections. Among those arraigned in court were some  ad-hoc staff who allegedly falsified election results in Ajassor Ward four, Etung Local Government Area of the State.

Handing over the suspects to security operatives in the presence of journalists in his office, Igini vowed that the commission would do everything within its powers to ensure that the system is sanitized.

Igini disclosed that another corps member, Mr Ogunmokun Adeleke, who was Presiding Officer in unit 002 was assaulted, harassed and eventually forced against his will by the colluding Assistant Presiding Officer to inflate the accredited number of voters from 32 to 302, while his colleague, Mr Joseph Nwobi, who Presided over Polling unit 005, connived and inflated actual number of accredited voters from 141 to 225 and Talani presiding officer for polling unit 006 also, willingly collaborated and inflated the number of accredited voters from 47 to 117.

He said that following earlier reports from the field during the February 25, 2012 governorship election in the state, of some irregularities in a particular ward (Ajassor 04) in Etung Local Government Area, and in consonance with the provision of the Electoral Act, the results of the affected units were cancelled.

He stated that a follow up investigation was instituted as part of the internal control management of the Commission in the state which involved  checking the audit trails in the polling units, interrogation of the NYSC polling officers, supervisors, electoral officer for the Local Government Area and line election managers responsible for field operations in the affected polling units to ensure that the conduct and activities were in line with the commission's current  drive for credible and acceptable elections are brought to account.

Igini who described the incident as unfortunate observed that despite the strenuous efforts, vigilance of INEC, the time expended in training and public education to ensure that the wish of voters as expressed in the ballot is respected, there are people who are bent on subverting and undermining the efforts of the commission and the desire of Nigerians for credible elections.

He said 'those involved in unpardonable serious electoral offence that led to the cancellation of these results will have to tell the court of law why they should not pay the ultimate price of two years imprisonment under section 118(1) of the Act or three years under sections 465 and 467 of the criminal code and bear the full consequences of their actions.'

As a way of showing seriousness of his promises, three of the suspects were on Monday, April 30, 2012 arraigned before a magistrate court sitting in Effraya, Etung Local Government Area They were accused of collaboration and alteration of results in their polling units during the elections.

The prosecution is the collaborative effort of the legal team of INEC and the Nigerian Bar Association. The case has been adjourned to May 21st, 2012 for hearing.

Igini, meanwhile has called for the setting up of an Electoral Offences Commission with special jurisdiction, saying that the judiciary has frustrated efforts of the commission towards ensuring that those arrested for electoral fraud are punished according to the stipulations of the law.

INEC's problems: Igini said that the problem of the commission was not that the Prof. Attahiru Jega led INEC did not have the sufficient political will to handle the problems but because the judiciary had not lived up to its expectations. He particularly lamented the delay in the arbitration of election offences taken to the  courts.

He disclosed that some of the persons that were arrested during the 2011 general elections in the state for allegedly hijacking ballot boxes in Boki Local Government Area of the State were handed over to the police for prosecution regretting that since the judge handling the matter was transferred nothing had been done again.

'It is unfortunate that after one year, the matter is still pending in court. INEC cannot appoint a judge, why won't they assign a judge?' he asked.