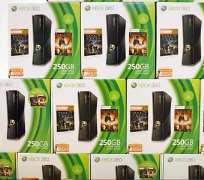 A court in Mannheim ruled on Wednesday that Microsoft infringed Motorola Mobility's patents and ordered Microsoft to remove its Xbox 360 gaming consoles and Windows 7 operating system software from the German market.

Judge Holger Kircher said Microsoft breached an agreement with Motorola, which is in the process of being bought by Google, in using certain video-compression software in products including Windows 7 and Xbox.

The Mannheim case is related to the larger smartphone patent war being fought by Apple, Microsoft and mobile phone makers who use Google's Android software such as Samsung.

Technology companies have invested billions of dollars in buying up patent portfolios that they can use defensively or offensively against rivals and spent still more money litigating in the United States and Europe.

LITTLE IMPACT
Wednesday's ruling is expected to have little impact for Microsoft's European operations as it is already moving its European software distribution centre to the Netherlands from Germany in anticipation of adverse judgments in the patent trial.

"Motorola is prohibited from acting on today's decision, and our business in Germany will continue as usual while we appeal this decision and pursue the fundamental issue of Motorola's broken promise," Microsoft said in a response to the ruling.

So far, the U.S. software maker's distribution has been handled out of Germany by Bertelsmann's services unit Arvato.

Google's Android software, which the company lets handset makers like Motorola Mobility use for free, has become the world's most widely used smartphone operating system, ahead of Apple Inc's iOS software, according to comScore data released in January.

Microsoft was third, with less than a 5 percent market share.

Germany has in recent months become a major battleground in the global patent war between makers of mobile phones, tablet computer devices and their operating software in a market worth billions of dollars.

German courts, among others, forced Korea's Samsung Electronics to stop selling its Galaxy 10.1 tablet in the country and told Apple Inc to de-activate "push" notification features for some customers in Germany.