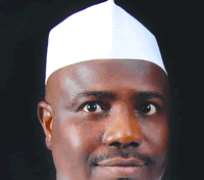 Another twist was added to the ongoing controversy over the probe of N2 trillion fuel subsidy undertaken by the House of Representatives as 17 oil companies have faulted their indictment by the House Committee report. The Farouk Lawan-led committee had indicted 18 oil companies and concluded that they were guilty of mismanaging about N41 billion.

The report of the House ad-hoc Committee on its page 195 stated that 18 companies, which did not appear before it during the public hearing were guilty of mismanaging subsidy funds and that the companies would refund a combined sum of N41 billion to the Federal Government.

But sources close to the lawyers of the affected companies confirmed that the oil companies had rejected the report, describing it as lacking fair hearing. The companies said besides the fact that they were not invited to appear before the committee, they were shocked to discover that the committee went ahead to indict them without hearing from the affected companies. One of the lawyers confirmed that almost all the companies received invitation letters from the Senate Committee investigating the subsidy money but that they did not receive any invitation from the House Committee.'Most of our clients only got letters from the Senate Committee and they have been appearing before that committee, led by Senator Magnus Abe.

'They did not receive invitations from the House of Representatives. Many of them indeed receive verbal invitations from the House ad-hoc committee, saying that they should meet the committee members after close of work but they refused to abide by verbal summons because that could raise issues of corruption,' one of the counsel to the aggrieved companies said. Another top staff of one of the companies said the companies suspected that the report was politically motivated and that it was unfair to have indicted companies that were not interrogated during the public hearing.

The ad-hoc committee had stated in its report that 18 companies which did not appear before it should refund N41 billion. But officials of the affected companies also observed that only 17 companies were actually mentioned since one of the companies had its name erased in the report. Mobil Oil Nigeria was allotted the highest share of N15 billion. Somerset is being asked to refund N3.1 billion; while AS Nigeria Limited is being asked to refund.1.5 billion.

It was, however, gathered that the affected companies had decided to await the debate of the report on the floor of the House before deciding whether to take the matter to court.