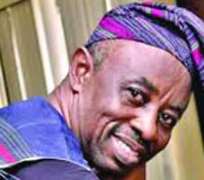 It would have been a battle of the two biggest movie producers in Nollywood. Respected movie producers and directors, Tade Ogidan and Tunde Kelani were to take their two movies, Family on Fire and Maami respectively, to cinema at the same time (February) to engage in a battle for supremacy at the box office. But reason prevailed; the man popularly called Uncle Tade stepped down and has now chosen April for the release of his movie.

Tunde Kelani, whose movies over the years have earned him accolades and respect, is gearing to use Maami to further re-establish himself and test his credibility at the cinema for the first time in the new era. Market performance of his movies in recent times has dropped and the last one, Arugba, was heavily pirated. TK, as he is fondly called, is hoping to use Maami as a springboard to further cement his name among filmmakers.

Maami starred superstar, Funke Akindele, Olumide Bakare and others. It is the story of a woman and the length she was willing to go to 'provide' a worthy future for her son. Funke played a totally different role devoid of her trademark comedy and delivered on the character that evoked pity. Maami was released to the cinema on Friday.

Tade Ogidan, who is yet to have a bad outing market-wise, is testing his box office credibility with Family on Fire, but not without some fear. Family on Fire has been shot for some years now and it features two major stars whose cinema popularity has not been tested. Tade actually shot the movie for Dove Media, while Ope Banwo was CEO, but had to buy it back after the RCCG-owned organization refused to do anything about it. Tade got two companies, Koga Entertainment and Avenue to Wealth, to invest in the project and had a world premiere in UK. He is looking at April as release date but might need to engage in heavy publicity to recreate the market success he usually gets in DVD market at the cinema.

Meanwhile, Emem Isong and Ini Edo have secured March date for the release of their highly anticipated movie, I'll Take My Chances. With a date chosen, TK's Maami and I'll Take My Chances will definitely lock horns at the box office. Only time will tell which will come out victorious.