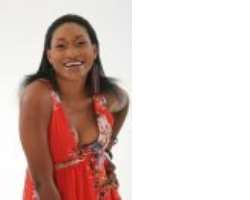 Oge Okoye, to a lot of people, is one personality that has affected so many souls positively in her chosen career. The numerous captivating roles she has played over the years are not only thumbed up by the top notch in Nollywood but has earned her some respect and honour even in the media sector.

Some times these artistes whose major roles are to entertain, educate and impact something reasonable to the lives of their fans are often misunderstood in the course of carrying out this responsibility, as members of the public, on many occasions, relate the role they play to their real life character and therefore nurture false impression about them which often rub off on their career, image and marital life. Even in private and public life, their relationships with other members of the public are, most often than not, misconstrued and sensationalized by some section of the media.
Having got a tip from one of our readers about the present status of the sultry actress, Oge Okoye, that she was facing some marital problems, NFC swung into action to get to the root of the matter but it was revealed that the mother of one, Oge is still Mrs. Duru contrary to the rumour making the rounds.

A very close family source anonymously informed this office that Oge is not facing any challenges in her marriage and that there was not iota of truth in the rumour that she was caught by her husband in Germany 'red handed' with another man. “At least, I am a strong member of the family, if something of that nature occurs I should be the first to be notified. That Oge is having any problem with us is baseless and does not hold ground. The reason she's absent in Lagos is because most of the jobs she gets these days are in the east and, you know, it wont be easy for her to go to the film location with her baby most of the time so, she had to take the baby to her mother who resides in Spain. Maybe this is why they are now carrying the rumour that her marriage is broken. Go to her house in Opebi, Ikeja now, you will see her housemaid in the house who takes care of the house chores whenever she's away.” The family source informed.

Some of her actress friends were also contacted on phone when effort to reach Oge was thwarted and one of them said that it had become a recurring decimal for such a malicious and nasty story to be written about her, “I think it's just one of the challenges every celebrity faces in this part of the world, it's the price to be paid for being a known personality but what I will just say is that, we should as much as possible celebrate and appreciate these people's effort. All these dirty reports on them, no doubt, will blemish their image and this is really bad.” Utchay said