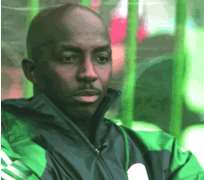 It is a popular saying that a coach is as good as the result of his last game. In other words, coaching job is all about hiring and firing.

No coach that applied to manage Nigeria's national team in recent times ever received the kind of overwhelming support that was given to Samson Siasia by Nigerians, to the extent that the legendary and charismatic former captain of the Super Eagles, Stephen Okechukwu Keshi, was sacrificed for Siasia despite Keshi's rich coaching credentials that include guiding tiny Togo to the 2006 World Cup finals in Germany.

Although Siasia had a successful career as a player, little was known about his coaching career until his appointment as the head coach of the national Under-20 team, the Flying Eagles in 2005. Interestingly, in spite of the fact that he was not resident in Nigeria as at the time he got the appointment, he made the most of the opportunity by assembling a squad that, not only conquered Africa, but also went ahead to stun the world at the FIFA Under-20 World Cup Final in Holland in 2005, losing to the Lionel Messi-inspired Argentine team.

Three years later, precisely in 2008, he guided the nation's Under-23 team, predominantly made up of the 2005 Flying Eagles' squad, to a second-place finish to win silver in the men's football event at the Beijing Olympics in China. With that feat, the Bayelsa State-born ex-international had nothing more to prove, or so it seemed, that he was Nigeria's best indigenous coach.

Siasia was handed another opportunity to win the FIFA Under-20 World Cup in 2009 in Egypt when he took over the Flying Eagles' team after the erstwhile head coach, Ladan Bosso, was fired following a not-too-impressive outing at the Africa Youth Championship in Congo DR earlier in the year.

However, Siasia bungled the golden opportunity to grab the trophy he missed by the whiskers in 2005. He inherited a winning team, largely dominated by the late Adeyemi Tella-tutored Golden Eaglets that won the FIFA Under-17 World Cup in Korea in 2007. But rather than take advantage of an existing squad that had team spirit and winning mentality, he chose to destroy the team.

Siasia, not only brought in strangers into the team, but he also left out/relegated key players from the squad that won the FIFA Under-17 World Cup in Korea. The height of his blunder was the demotion of Haruna Lukman as captain in place of an entirely new player in the team, a decision that not only created division among the players, but also eroded their confidence and team spirit.

Apart from tactical and technical abilities, a coach should be able to manage his players knowing when to apply what disciplinary measures so as not to derail the team's transition.

The late Chris Udemezue was reputed for his disciplinary disposition as a coach. He was able to manage Etim Esin, perhaps, the most undisciplined player in the history of Nigerian football. Everybody knew that Etim was terrible in terms of discipline, but he was a bundle of talent on the pitch, a coach's delight and a match winner. Udemezue would always tolerate the player, popularly known as the enfant terrible for his nuisance value.

The world never knew that the legendary Diego Maradona was into drugs almost until the twilight of his football career simply because his coaches at the various clubs he played for played down on his ugly sides to get the best out of the immensely gifted Argentine.

There were other great players that had disciplinary problems, but were effectively managed by their coaches for positive results. The George Bests of this world, the Eric Cantonas and even our own Tarila Okoronwata to mention but a few, were in this class.

To err, they say, is human, and to forgive is divine. The Lord's Prayer, as recorded in the Holy Bible, teaches us that if we do not forgive those that trespass against us, God will not forgive us.

Siasia has pleaded with Nigerians to forgive him for failing to qualify the country for the 2012 Nations Cup. But does he have a forgiving heart? Why did he not forgive Vincent Enyeama after the goalkeeper apologised to him following his recent 'unruly' behaviour? We all know how long it took Siasia to recall Osaze Odemwingie to the Super Eagles after a lot of damage had been done to the country's Nations Cup aspiration. What about Obafemi Martins, Haruna Lukman, Dickson Etuhu and others he nailed on the same cross?

Tactically, Siasia has not demonstrated that he was ripe for the Super Eagles' job. Or how could anyone explain a situation whereby the coach left Ike Uche, adjudged as Nigeria's most consistent striker in recent time, on the bench in a crucial match as last Sunday's Nations Cup qualifier against Guinea? Why was Ike's brother, Kalu, who shone like a million stars at the last Nations Cup in Angola and the last World Cup in South Africa dropped from the national team? His spectacular goals at both tournaments would remain talking points in years to come.

Where has he led Nigeria today with his foreign assistant?

Siasia's coaching record at club level further cast doubt on his tactical and technical abilities. His stints with JUTH FC of Jos, Ocean Boys of Brass and Heartland of Owerri, left soar tests in the mouths of football followers in the country. Interestingly, his last club assignment was with Heartland, where he played a total of seven matches and won only one. He eventually wrote off the team as lacking quality players.

Ironically, the same Siasia invited seven of the Heartland players to the home-based Super Eagles and used them to prosecute his failed WAFU Cup competition.

It would be recalled that in recent time, Heartland had about 14 players in the various national teams. To underline the fact that Siasia's tactical ability leaves much to be desired, Dutchman Lodewijk de Kruif, in his few months as the technical adviser of the Owerri side, led Heartland to its first trophy in more than 18 years with virtually the same crop of players he inherited from Siasia.

Nigerians now know the limits of the man they overwhelmingly voted for to lead the nation to the Promised Land, who has rather, ended up taking us back to Egypt.

The honeymoon, certainly, appears to be over for Siasia. He needs no one to advise him to stop dancing because the beating of the drum has stopped.