Marriage? I’m yet to find a wife material – Omiyinka aka Baba Ijesha 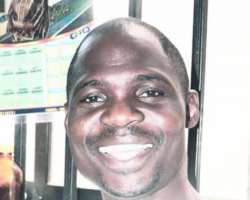 Recently, this reporter had an elaborate interview with James Olanrewaju Omiyinka popularly known as 'Baba Ijesha the anointed comedian' on many burning issues. Excerpts:

When exactly did you join the movie industry?

I started early that is why I can't remember but professionally, I can say that it's 15 or 20years ago.

What prompted you to join movie industry?

This is another big question. I joined the movie industry naturally. Nobody introduced me. It came naturally. I could remember when I was in primary school we started by entertaining our friends and classmates. It was in-built and I inherited it from my dad. My father used to be a local-champion- comedian. Anywhere he went, people laughed over and over. My dad was a joke cracker. Specifically, I started in the early 80s. You see, when I got to Lagos I said to myself that I could take this thing up professionally. Though initially when I was a local champion in my town, I never saw what I was doing as something that could put 3 square meals on my table, but one thing led to the other and here I am today. I started with Africa Independent Television (AIT), there was a segment on Mini-jojo. I can't even remember again. We had a group called Total Child of Africa. We were seven in number and that was how we started with Ambrose Shomide. That was the time comedy started flowing in me professionally.

What was your parent's reaction to your decision to go into acting?

They liked it because my mother was a singer too. There was no dull moment in our house. They embraced my vision because that time I was just too lousy and talked too much as well.

You are from which state?

Where did you derive that from? You mean from Ijesha and Ife?

You can interpret it the way you understand it. Anyway, you got it.

Can we now say you are trying to carve out another state from the present Osun State?

Tell us about your educational background?

I don't want to go in to that now. I've said it on several occasions that am working on a project where all these issues will be dealt with extensively. It's just a matter of time.

We notice that you are single, is there any reason why you are not married?

I am not ready for marriage yet.

I am not married. Why should I be joking? Ask anybody that knows me inside out.

How do you cope with your female fans and friends considering the fact that you are still single and available?

As a gifted and talented actor, singer, dancer and comedian I don't see it as a big deal. Many of my fans call me on phone and I just reply politely and thank them for calling. I play with my fans if time permits; I wave and respond to their greetings at every point in time.

When do you now plan to marry?

I consider God first. I am planning to marry but the problem is finding a good house wife. I want somebody that will love me for who I am not because I am a comedian, celebrity or watching me on their screen. I want a natural lady that is very respectful.

Are you saying there are no good girls in Lagos?

No there are lots of girls around. In fact, they are more in Lagos than any other state.

Why don't you just pick one among all these ones you are talking about?

I've not seen my own. My favorite is not there. I'm still searching for my own, or do you want to help me out?

How many films have you featured in so far?

Do you mean you've lost count?

Okay, how many films have you produced by yourself?

I can still remember vividly when we were in Dublin then, you said you wanted to go into music. How far about it?

Yes, it was true I said so. I'm on it and by God's grace it will keep moving. I packaged it along with my comedy. I'm presently working in the studio of Eko FM and by God's grace He will see me through. The title of the one am working on is “American returnee”.

So far, how many awards have you received both nationally and internationally?

Altogether, there are eight plus the one they gave me in Dublin. Anyway, they stole that one.

Tell us about your most embarrassing day?

It was just recently. A marketer invited me for shooting of a film called 'Omoodede” and I did my own part and from there I wrote another script which I gave him only for him to give it to Latin for shooting. It was sad and embarrassing. When I heard about it I nearly collapsed.

Tell us about the day you will never forget?

Everyday is a blessed day for me. You remember the other time when we were in Dublin; I was invited because of speaking Ijesha and entertaining people. Can you remember how many people were in the hall that day? It was a great day and I was very excited. My joy has no bound and I was given an international award. Best comedian of the year 2006 in far away Dublin Ireland. It all started that fateful day I returned from London not quite long, my phone rang and the caller said they have been searching for me as I was nominated for an award. The rest ,today is history.

When you bought your first car, how did you feel?

The way I got my first car was miraculous. Miraculous in the sense that I have a permanent person I use to call to take me out with his Okada which I normally paid for. That very day I sent for this bike man but to my surprised the guy was no where to be found. I looked stupid because I've told him a day before that we are going out next day. So I had no option than to wait for taxi to take me to my destination. I was standing somewhere around Maryland and these people just parked and started arguing this is our super star, Ijesha no, he is not and so on. So they parked and asked where am going? I told them and they said I should enter. They begged me to first follow them to their party and that later they will go and drop me. After much persuasion, I followed them. At the party I met some other people who admired me and also could not believe that I am that young. After the party one of them asked for my address and where I parked my car. I politely told him that I have none and he said how do I move around? I told him and he said if I wouldn't mind there is a car he can give me. That was how I that day left my house in the morning without car, came back with a car. Can you believe that I could not even drive then, it was somebody that helped by driving me home. That was how I got my first car.

What brand of vehicle is the car?

Do you still get in touch with the people that gave you the car?

No, I can't find them again. We lost contact.

It's been long you did a new movie or even appeared in new films, what's really happening?

I had an accident about 2years ago with one of Dangote's trailer and it has really affected me big time. That time I just back from abroad and immediately my phone rang it was Latin that sent for me in Abeokuta. On my way back to Lagos, as a result of that driver's wreckless driving he hit my car to the extent that I was even unconscious and people rushed me to the nearest hospital. I learnt the driver ran away immediately the accident happened. They carted away my things; master tape of “Sagbadiwere 1 & 2, you remember I shot one film in Dublin then, including the camera and cash. If I calculate everything it should be not less than 7 to 9 million naira.

What about the trailer that crushed you?

I think they detained the trailer initially. They agreed. A manager from Dangote called Bello came to me the second day at the hospital. The man was a very nice man. He even showed me some pictures of other vehicles some of their trailers crushed at one time or the other. They agreed to repair my car: A new car Carina E that I just bought on 7th of November and the accident happened on the 20th November. They agreed to pay but what they were saying is that why did I tell punch newspaper to carry the story? I told the man that by virtue of the work I am doing if anything happen to us media people will turn it to story. It wasn't as if I gave anybody story you also know how you get your stories now. Is not that I gave anybody story then and that was what they kept hammering on. Even if there is no accident I believe Alhaji Dangote is somebody that should be there for people like us. Well, people keep telling me that Alhaji Aliko Dangote is not like that.

You see, I don't engage myself in so much films and anytime am not on location that means am relaxing. I don't over stress myself. As I am here am relaxing.

I don't have role models I only admire people. I admire all the Nigerian artists. They are all doing well.

Who are your contemporaries in the movie industry? I mean those you started together and growing together in the industry?

They are many especially those in the comedy. People like Lanko, Saheed Balogun, Funsho Adeolu and many like that.

In the future, would you allow any of your children to follow your footstep by going into this industry?

I will, provided they have interest in it. I will do that with maximum support.

Is it true that there is lesbianism in the movie industry?

I cannot answer that because I am not always with them. I am a comedian and am always busy doing one thing or the other. They don't use to call me unless the storyline goes with comedy. So, I can't say because am not privy to many things going on.