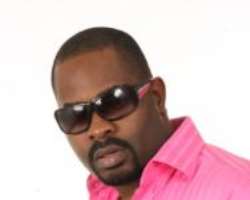 Man about town who has injected some fun into nightclub business in Nigeria, the Univrsity of Lagos Philosophy graduate, Franklin Emenike Okamigbo of the Papas Entertainment is gradually getting to the verge of dinning with international humanitarians as he just got a nomination letter from the United Nations assisted organization YFWP/UPF as Young Ambassador for Peace based on his personal contribution to human development and Peace and Charity.

The nomination certificate which came at the peak of Frank's selfless effort of breaking the venom of war in the Niger/Delta region and other areas is a good way of appreciating personal efforts and commitment of the young entrepreneur who has become a icon to reckon with in the entertainment sector of the economy in Nigeria. Frank is the president of Papas Entertainment and a runner of a mobile nightclub called Club ?a?as tucked inside K's Place, Akin Adesola Street , Victoria Island, Lagos . More grease to your elbow pal!