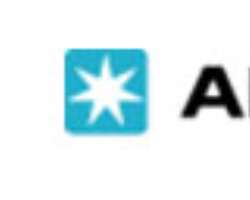 The private terminal operator explained that the decision to truck the containers for scanning was reached after nine months of negotiations between it, Nigeria Customs Service and Cotecna Destination Inspection Nigeria Limited.

Media Adviser to APM Terminals Apapa, Mr Bolaji Akinola, said contrary to claims by one Mr. Uchu Block, it was not the responsibility of the terminal operator to conduct scanning.

Akinola said: 'Scanning is the responsibility of Cotecna, acting under Nigerian Customs instruction. Originally, it was the responsibility of the consignees to hire trucks to move their containers for scanning. However, due to the long waiting time for scanning and the high cost of truck hire, agencies, including importers and clearing agents, wanted a cost effective solution.'

'As you are aware, the backlog of unscanned containers and long queue at the scanner site caused long delays in the clearing process and cost to importers

'APM Terminals, with Apapa Customs and Cotecna, and in consultation with various agents associations came up with another solution aimed at solving the problem. The idea of scanning containers was introduced after advice was received from Customer,' he said