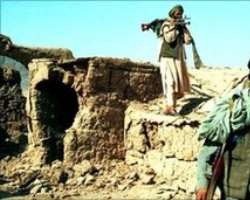 The UN Security Council is meeting to consider the removal of a number of former Taliban figures in Afghanistan from a UN sanctions blacklist.

Western diplomats say the move is aimed at supporting President Hamid Karzai's efforts for a political settlement to the conflict in Afghanistan.

The council will vote on two resolutions – one aimed at the Taliban and the other focusing on al-Qaeda.

The sanctions blacklist was formed more than 10 years ago.

It consists of about 450 individuals and entities linked to the Taliban and al-Qaeda – fewer than one-third of whom are believed to be Taliban-related.

When the blacklist was drawn up, all sorts of anti-Western militants were grouped together as equally dangerous.

A decade on, and there has been a re-think – largely driven by the need to bring the conflict to an end somehow.

The need for two separate resolutions has a symbolic significance – it is a recognition on the part of the UN that the two groups have different agendas, and hence should be treated differently.

The Taliban are focused on fighting coalition-led forces in Afghanistan, while al-Qaeda's main focus has always been global jihad.

Western diplomats say that with the death of Osama Bin Laden there is now a new opportunity to encourage the Taliban to break ranks with al-Qaeda and join the political process.

Friday's vote is a step in that direction.
But the big question remains – how much credibility will those de-listed from the UN's blacklist really have in the Taliban's ranks?

If not much then, by itself, today's move is unlikely to help President Karzai greatly in his efforts for reconciliation.