BAYELSA: HOW IT'LL BE WON AND LOST 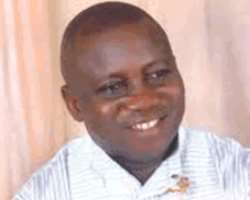 •Ikisikpo
As the first leg of the 2011 elections commences with the National Assembly elections, all eyes would be on Bayelsa state. Not only because it is the home state of President Goodluck Jonathan, but for the various candidates jostling to represent the state at the National Assembly.

Though 51 candidates are gunning for eight seats available for Bayelsa at the National Assembly, those from three political parties, Peoples Democratic Party (PDP), Action Congress of Nigeria (ACN) and the Labour Party (LP) have shown they have the political muscles to weather the storm.

Undoubtedly, the elections would be fiercely contested as the candidates are running neck to neck in the race with ethnic sentiments and bloc votes from the grassroots becoming the joker.

In the Federal House of Representatives elections, of the five incumbents, two, Mr Henry Seriake Dickson, Sagbama/ Ekeremor and Warman Ogoriba, Kolokuma/ Opokuma/ Yenagoa both of the (PDP) have bright chances of returning, while Clever Ikisikpo Ogbia federal constituency seat would be vacant as he has emerged the Bayelsa East senatorial district candidate of the PDP. However, Donald Egberebin, Southern Ijaw and Nelson Belief formerly of the PDP but now of the LP would need to fight the greatest political battles of their lives to retain their seats.

Dickson's emergence as the candidate, followed by the presentation of the PDP flag is still being contested in court by Mr. Ofoni Williams. He however remains the favourite to win the election as the other political parties fielded candidates who are not likely to give him a run for his money. His problem lies within his party as there are elements in the PDP, who are working hard to ensure he fails at the polls because of what they perceived as the unjust treatment meted out to Williams.

Ogoriba's major headache would be the governorship candidate of the LP, Mr Ndutimi Alaibe who incidentally is from his local government. Alaibe and Ogoriba's relationship dates back to many years ago when they were in the trenches together battling the government of former Governor Diepreye Alamieyeseigha.

After the impeachment of Alamieyeseigha and the battle to win the soul of the state, Ogoriba was with Alaibe as they battled Jonathan who was then governor. In 2006 due to the harmonization policy devised by PDP elders in Abuja, Ogoriba was one of the beneficiaries as he emerged a member of the House of Representatives.

It was however not too long before he broke ranks with Alaibe and pitched his tent with Governor Timipre Sylva and since then he has not looked back.

His major challenger, Ifiemi Gibson Ikpaikpai, a former banker and candidate of the LP would be relying on Alaibe to beat Ogoriba. In Ogbia, Nadu Karibo of the PDP would confront his former godfather, King Amatele Jonny Turner who reportedly is not backing his ambition. He would need to use all the tricks in his political bag with the PDP machinery to surmount the threat to his political career. Already the sentiment of a core Ogbia man is being hyped to discredit Karibo who is partly from Rivers and Bayelsa states.

The race in Southern Ijaw and Nembe/ Brass is similar as all the candidates are on the same footing. Egberebin and Henry Ofongo of the PDP are the two leading candidates for the Southern Ijaw seat. Egberebin who became a member of the House of Representatives, courtesy of Alaibe's influence is still loyal to him and followed him to LP. Like others the candidate that works more to earn grassroots votes would carry the day.

Jepthan Foinghan of the PDP and Helen Inafa Bob of the ACN pose great threats to Belief's retention of his seat.

The incumbent who was also a beneficiary of the 2006 harmonization policy as a member of Jonathan's camp would need to go beyond his relationship with the first family to win. His case is further not helped by the fact that he like Inafa Bob are from Brass local government thereby splitting their votes, while Foinghan from Nembe is likely to get bloc votes from his own local government.

In Bayelsa East senatorial district, where Jonathan and Sylva hails from, incumbent senator, Nimi Barigha Amange had slugged it out with Ikisikpo in the PDP primaries. The former lost and headed for court to challenge the victory of the latter. On March 10, a Federal High Court which had earlier ordered that Ikisikpo's name be listed as the PDP candidate for the election affirmed its candidature setting the stage for a fierce election.

Though Amange has signified his intention to appeal the judgment, there are speculations that he might throw his weight behind the LP candidate Navy Capt Walter Feghabo (retd), former military administrator of Delta and Ebonyi states in the election to avenge what he considered the deliberate shut out from the race by the powers that be in the state PDP. Ikisikpo is from Ogbia and Feghabo is from Nembe. The election would be won by whoever that can snatch majority of votes from Brass local government area.

In Bayelsa Central, three candidates, incumbent Senator, Emmanuel Paulker (PDP), Rufus Abadi (ACN) and Mr Gospel Kpokpowei (LP) would square up against one another. Though the performance of Paulker, a close friend of Jonathan has been less than satisfactory, he would be banking on the support of Sylva and the popularity of the President to see him through.

Abadi, the immediate past chairman of the state chapter of the PDP, might not pose serious threat to Paulker's ambition, but Kpokpowei who is from Southern Ijaw would be a major challenger as he would be banking on his grassroots support and the support of Alaibe to win the votes of Kolokuma/ Opokuma local government area, which is likely to hold the key to who represents the district in the next Senate.

Bayelsa West would be the most interesting of National Assembly elections as it would rekindle the political rivalry between two political arch-rivals as incumbent Senator, Heineken Lokpobiri (PDP) would lock horns with former deputy governor of Bayelsa state, Peremobowei Ebebi (LP).

In 2006, Lokopbiri, a right hand man of Alaibe had used one of the slots allocated to the later by the leadership of the PDP to get to the Senate. Now in 2011, he would be relying on the PDP machinery, while Alaibe has pitched his tent with Ebebi to replace Lokpobiri in the Senate. The political rivalry between the duo from Ekeremor local government area dates back to 2000, when former governor Diepreye Alamieyeseigha teamed up with Ebebi to remove Lokpobiri as Speaker of the House of Assembly.

The two candidates enjoying large followership have been campaigning in the district but the election would be decided by the candidate who wins majority votes in Sagbama local government area.