ANAMBRA CENTRAL: WHY THE DESPERATION? 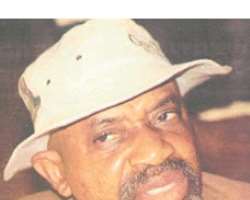 •Ngige
When the Community and Religious leaders, Monarchs and Stakeholders of Anambra met last week in the wake of orchestrated physical attacks on two illustrious sons of the state, Senator Annie Okonkwo of Accord Party and former governor, Dr. Chris Ngige, they agreed on one major thing. That was, the need to find and restore peace in the polity of Anambra state.

Every body in Anambra today appreciates this urgent perspective except of course the dominant parochial segments of the APGA-run state administration. To them it would appear that the two deserves even worse than they got!

So it is apparent that as the incumbent czars at the Awka seat of government, the opposition should not be allowed to benefit from the listening ear of the all-powerful Amalgamated Traders Association of Anambra State, made up principally by more than 18 key markets domiciled in Idemili axis, Nnewi, Ekwulobia, Awka and Ihiala Markets.

It was viewed as distasteful and scandalous by many, that events that threatened the lives of the former number one citizen and a sitting Senator of the federal Republic was so mischievously treated and banally viewed by the government of the state. In the words of a medical practitioner, Dr. Kevin Chukwujekwu, the unfortunate posture of the state government sign-post's how and what they take the people of the state for.

Another participant at the stakeholders forum, his name undisclosed for fear of the government's anger, expressed bitterness that, 'this government has been flagging-off this and that project since 2006, with little or nothing to show for it, who are they really deceiving? Today, the Obi administration budgets billions annual for the education sector, but it is for schools with Catholic backgrounds and ownership.

The physical evidences are there at the world class Dennis Memorial Grammar School, Onitsha; Oraukwu Grammar School; Nnobi High School; Zixton Grammar School Ozubulu, St. Christopher Junior Seminary 3-3, Nsugbe; Comprehensive Secondary School, Nawfia; St. Monica's College Ogbunike, etc. It was that they were either owned by the Anglican Church or the Catholic Church but located in Idemili North or South- where Dr. Chris Ngige-who re-defined governance in the state, and sitting Senator Okonkwo comes from.

Senator Okonkwo, Dr. Chris Ngige and Prof. Dora Akunyili are all sons and daughters of the Anambra Central, vying for the same seat in the Senate. The people have said Okonkwo is our son in whose kind heartedness and selfless services we are well pleased. Ngige is our son who did very well and must be governor again, just as he aptly stated at Nawfia early in the week. But Akunyili we have heard about mostly, as a champion without base. No wonder it takes a depressingly uncharismatic Obi to show her round the people she has come to represent'. What a shame.

The people said Senator Okonkwo should return to the Senate while Ngige returns to the Awka Government House, to jointly and severally complete all the good works they started. Akunyili should advisedly return to the Pharmacology Dept. University of Nigeria Nsukka for a rewarding union with the academia. I think that is the fair option for those main contenders.