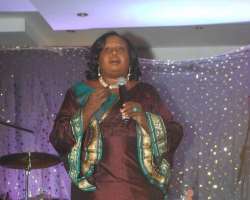 Amaa Awards Is one of the leading awards recognized in the world as far us movie making is concerned in Africa and it will always be every industrial player's wish to be part of this awards. For the past years, there seems to have been conflicts of interest from the organizers of the awards in Ghana which is making many movie markers in Ghana lose interest in joining the awards scheme.

Somewhere last week, this reporter was listening to Peace FM's entertainment review and there was a debate on why the movie which had the largest nomination in the Ghana movie awards (Ama Ghana) did not make it in the AMAAs. Socrates Safo ignorantly answered Akwesi Aboagye that, many of the producers are sometimes busy and did not have time to submit their movies. This pushed Bandex, a music and movie producer to reply with a text message that, producers don't pay money to submit their movies so Socrates should find the right answer to the issue.

In his quest to investigate the issue, the director of the movie Frank Gabin who spoke on behalf of Paul Gee, the executive producer of the movie "Ama Ghana", said he was highly disappointed in the organizers of AMAA Awards and said he could say with confidence that they did not do their homework well .

He also stated that, since the representative of the awards can move from one production house in Accra to the other to take their movies, why couldn't they go to Kumasi or even call the film representative there to inform them. Because this has created an impression that they have their own interest and the people they need for the awards.

He also lamented that AMAA awards is not the only problem they are facing but added that the media is also not helping the film producers in Kumasi to reach their fans.

I would not like to debate on whether it is wrong for an organizers of awards to move from one Producer's office to the other for their movies, but if you are a representative of an awards here in Ghana and the only platform you can use to get movies is to mainly move to some particular production houses for their movies, then you are probably creating the impression that you have a personal interest in those production houses.

There have been times that I have heard from the representatives of the AMAA Awards that movies like "Hot Fork" and the likes would not be accepted in their offices. And even if producers try to submit such movies, they will not forward them (those movies) to the organizers. The questions I need answers to, from the organizers of the award is "do the representatives in Ghana have the power to judge which movies should not be accepted? If you check the press release from the representative of the awards on the various websites, you will realize that "Hot fork" has been eliminated, though it was submitted to the AMAA office.

There have also been times when the Film Producers' Association of Ghana (FIPAG), have also distanced themselves from the awards but PRO of FIPAG, Mr. Socrates Safo did not want this revealed on air.

One other painful thing is how the organizers treat the media in Ghana. They always decide to have a particular media house they want to work with, but I don't think if other media houses need information from them, especially concerning the awards, it should be a tug of war.

One question that I keep asking my fellow art writers is, "for how long are we going to sit for people to be feeding us with the information that they want us publish for them, and not us the arts writers doing our own research to find out what we want to publish.

I am not asking the organizers of AMAA to "fly" me to Kenya to research on issues about AMAA. (Even the last time they traveled with some Ghanaian media, there were lots of bad news from their camp) I rather want to say that, they should treat the Ghanaian media with equality if they want us to respect and endorse the awards. I have many arts writing friends in Nigeria who tell me the way they are being treated on AMAA awards is entirely different from how we are being treated here in Ghana. Well, may be it is because we are not setting the proper agenda.

All the same we will congratulate all the nominees of the awards and we hope the organizers of the awards will do the right thing in the next awards.