Giovinco Returns To Haunt Juventus In Serie A 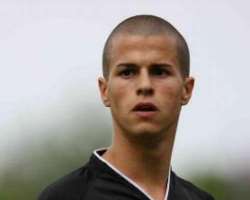 According to sportinglife, Juve had Felipe Melo sent off in the 17th minute and held out until the 41st minute when Sebastian Giovinco, on loan from Juventus, put the visitors in front. Giovinco added his second early in the second half before Juve's Nicola Legrottaglie reduced the arrears on the hour mark.

Juve suffered a huge blow early on when Melo was shown a deserved red card for kicking Parma's defender Massimo Paci. The hosts had the first chance in the 21st minute but Alessandro Del Piero's 30-yard effort was met by a fine save from Parma's goalkeeper, Antonio Mirante.

On the half-hour mark, Juventus' goalkeeper, Marco Storari, was forced to stretch to clear Blerim Dzemaili's right-footed strike from outside the area. Parma broke the deadlock before half-time. Storari saved Crespo's header but failed to hold on to the ball and Giovinco made no mistake from close range.

The visitors picked up where they left off after the restart and doubled their lead in the 48th minute. Francesco Valiani fed Giovinco inside the area and his left-footed strike towards the bottom right corner beat Storari. Shortly afterwards, Legrottaglie handed Juve a lifeline when his header from Alberto Aquilani's corner beat Mirante.

Juve's hopes were short-lived as Parma struck again soon after, Crespo's spot-kick sending the Juve keeper the wrong way to make it 3-1 after the widely travelled striker had been clipped by Giorgio Chiellini.

Parma continued to press forward and was rewarded with another goal deep into stoppage-time. Cristian Zaccardo's pass found Palladino unmarked inside the area and his effort from four yards beat Storari.