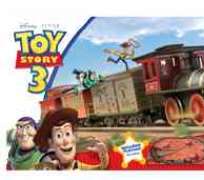 Half-year profits at model train-maker Hornby have fallen by 29% after a problem with its suppliers meant it was unable to meet demand for its products.

Hornby said its suppliers had been unable to source enough parts, which lowered its own stock levels.

Revenues at the company, which also owns Scalextric and the Airfix and Corgi brands, rose 2% to £25.5m.

Hornby said its main suppliers had now rectified the problem, and that it was also now using alternative manufacturing companies.

As a result, Hornby said it was now “well placed” to meet the increase in sales it enjoys in the key Christmas trading season.

It added that sales of its train sets and Scalextric slot-car systems linked to this year's Toy Story 3 film were expected to be particularly strong.