KEEPING DOGS AS PETS, WHAT THE SHARIA SAYS 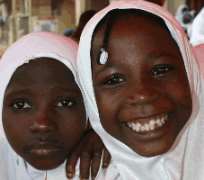 Similarly Allah created the dog. This does not mean that we should love the dog. It is perhaps the indoctrination of the Western culture that 'The dog is Man's best Friend'. The theory that 'dogs are very dependent on Human affection' is a myth – again culture and custom has helped to develop this unnatural behaviour.

Allah the Creator of this Universe - having created the dog would surely have known that the dog requires human affection and love to exist in this world. The Praophet (Sallallaaahu Alayhi Wasallam) would have advised us, Muslims, to keep dogs as pets.

On the contrary, we are instructed not to keep dogs as pets and 'love' them as exemplified by the non-Muslims. Remember our life is structured and bound by the Shariah i.e. The Noble QurÃ£n and the beautiful example of the Prophet. Consider these Hadeeths:

Abu Talha (Radhiyallaahu Anhu) reports that Rasulullah (Sallallaaahu Alayhi Wasallam) said, 'Angels do not enter a house wherein there is a dog or an animate picture. (Sahih Bukhari Hadith no. 2986)

Ibn Abbas (Radhiyallaahu Ãnhum) reports from Hadhrat Maimoona (Radhiyallaahu Ãnha) that once Rasulullah (Sallallaaahu Ãlayhi Wasallam) became sad; and said that Angel Jibreel (Alayhis Salaam) promised to meet him at night but did not turn up.

'By Allah what has kept him back,' queried the Prophet. Then he realised a puppy was under his bed. He ordered that the puppy be removed and the area be sprinkled with water. In the afternoon when Jibreel came, The Messenger of Allah enquired as to the delay. Jibreel said that we (the group of Angels) do not enter a house wherein there is a dog or pictures. (Sahih Muslim Hadith no.3928)

In the light of these Hadeeths and other narrations it is not permissible to keep dogs as pets. The household is deprived of the Mercy of Allah.

However, Jurists have stated that it is permissible to keep a dog for security purposes, farming and hunting. The saliva of a dog is Najis (impure). if it touches the clothes or body, that portion also becomes impure and must be washed.