TRAVAILS OF THE FOI BILL 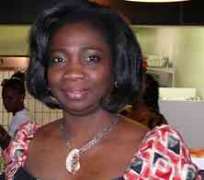 •Abike
At the inception of the democratic dispensation, not a few people felt that the country needed a law that will ensure that members of the public have access to information held by government bodies, and thus the journey of the FOI bill began.

In August 1999, during the administration of the former president of Nigeria, Olusegun Obasanjo, the FOI bill which was an initiative of the civil society was presented on the floor of the National Assembly and though it was delayed, the House of Representatives and the Senate passed it in August 2004, and November 2006, respectively.

Curiously, Obasanjo who had come into power with promises of transparency and accountability in governance refused to sign the bill into law until his administration was over.

Shortly after the inauguration of this present administration, the bill was re-submitted to the National Assembly, but has not been given the necessary attention and since then the proposed legislation acquired the reputation of being the longest pending bill on the floor of the National Assembly.

When the FOI bill was first presented to the Lagos State House of Assembly in May 2005, by the Media Rights Agency (MRA), the purpose was to have a law that will make provision for the disclosure of information held by public authorities in Lagos State and by private bodies performing public functions on behalf of the state.

The Senior Programme Officer of MRA, Ayodele Longe in a chat with the Daily Sun said that the agency felt there was need for the public to have access to information held by government bodies so as to encourage accountability in governance.

'Freedom of Information refers to the right, which members of the public in any society have to access information held by government bodies. The MRA presented the FOI bill to the Lagos House of Assembly in 2005 during the administration of former governor, Bola Tinubu. But maybe as a result of the politics and intrigues, the then administration did not give the bill adequate attention and it was not passed.

'In April this year, we presented it again to the present House of Assembly and even though they have promised to give it attention and possibly pass it, we have not seen any response from them yet,' Longe stated.

The obstacles
'What could be so frightening about the FOI bill that has made it remain the longest pending bill on the floor of the National Assembly? Why hasn't any state House of Assembly taken the passage of the bill as a matter of urgent importance? Currently, in Nigeria there is no law that guarantees the citizens the access to public records because many secrecy clauses prohibiting the disclosure of information are attached to our laws and this needs to be changed.' These were the words of Martins Agoziem, a lawyer based in Lagos.

Despite the seeming importance of the FOI bill, it has faced much opposition from officials of government and analysts posit that the underlying problem may be the fear of blackmail from the public against the government.

But Longe disagrees with this view. He believes that the major obstacle hindering the passage of the bill is misplaced fear and ignorance on the part of the government. 'What sort of blackmail? I totally disagree. I believe that some members of the legislature are of the opinion that the FOI bill is a media bill and one which would empower the media to have an upper hand over public officers and the generality of Nigerians.

'I agree with the fact that not only would it enhance the practice of journalism, it will also help in the practice of other professions and promote development and the fight against corruption. Unfortunately, the veil of secrecy that the government encourages has become such that officials of the government hide behind it to deny the citizenry the most basic information.

'What many of the legislators do no know is that any legislator that is interested in initiating fresh policies without accurate and reliable information, such initiatives may be be founded on wrong assumptions. Therefore any legislator who hopes to be effective in his or her work, should be very interested in the enactment of the bill even more than the ordinary citizen or journalist.'

For the Chairman of the Committee on Information in the State House of Assembly, Ahmed Omisore, the non passage of the bill is not peculiar to Lagos State and as such the legislators should not be criticized.

When the Daily Sun sought to know the reason for the delay, he replied, 'What sort of question is that? What do you mean by delay? How long has the bill stayed in the National Assembly and yet it has not been passed? Are we the only ones that have not passed the bill into law? We have had the first and second readings of the FOI bill on the floor of the House, and deliberations are still going on. It is not what we are going to do in a hurry.'

Omisore was asked what the fears of the legislators were, and why they seemed so reluctant to pass the bill, but he declined any further comments.

The importance of the bill
The majority leader in the Lagos House of Assembly, Kolawole Taiwo, who is the sponsor of the bill told the Daily Sun that one of the greatest achievements the House will record is if the FOI bill is passed as it will make everyone to access relevant information that will promote good governance.

'If this bill is passed into law, it will afford every Nigerian the legal right of access to information, records, and documents held by government and private organizations carrying out public functions. Not only that, there will be accountability in governance and it will reduce the rate of corruption in all spheres of public life.

'Every citizen of Nigeria has the right to demand for accountability from the leaders and if the government continues to hide necessary information that can aid development from the people, then we cannot say we are in a democratic setting,' he posited.

'With the 2011 elections barely five months away, there is need to lay a foundation for the sustainability of our democracy and the development of Lagos State. The FOI bill will guarantee that, and the people of Lagos State are looking up to the House of Assembly to set the pace by passing the FOI bill into law,' Longe posited.