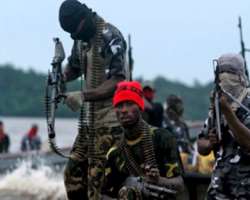 
San Francisco, Sept 09, (THEWILL) – The Medical Director of the Psychiatric Hospital, Uselu, Benin City, Edo State, Dr. (Mrs.) Olabisi. F. Ihenyen and her medical doctor husband were this morning kidnapped along the Benin-Lagos Expressway at Mile 18, where the annex of the hospital is located.

THEWILL gathered from a reliable source that the couple had gone to inspect a parcel of land they hoped to purchase around the hospital vicinity when they were abducted.

Unconfirmed reports said a local chief from the community had stopped the couple after viewing the land and had engaged them in a conversation when suddenly, some young gunmen swooped on them and took the couple away.

The source said the kidnappers have asked for N50 million naira for their release.

The Edo State Police Command has however detained the local chief whose identity has not been made public.

Meanwhile, in solidarity with the kidnapped doctors, medical doctors operating in Edo State have withdrawn clinical services except for emergency cases and in-patient medicare, until the doctors are released unconditionally.

Recall that about two weeks, a Professor of Medicine at the University of Benin Teaching Hospital (UBTH), Professor. Abel N. Onunu was abducted by gunmen at his residence in the Evbomore area of Benin City, Edo State.

In response to his kidnap, the Edo State Medical Association (NMA) responded by ordering health workers in the state to down tools.

Professor Onunu was however released a few days later after an unconfirmed sum was paid to his abductors as ransom.