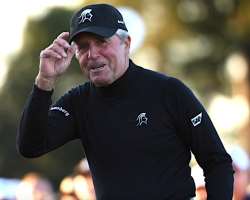 Following Henrik Stenson’s decision to join Saudi-backed LIV circuit, the Swedish Golf Federation have announced that they would not renew contracts with golfer.

The Swedish federation’s Secretary General Gunnar Hakansson told newsmen: “We believe that Henrik, given his involvement with LIV Golf, can no longer act as a role model for Swedish junior golfers.” He added that the decision had been discussed since Stenson announced he was joining LIV and the development meant he wasn’t “appropriate as a role model in our junior and paragolf activities” .

Stenson had previously acted as an ambassador for the federation’s paragolf efforts and hosted competitions for both junior golfers and paragolfers.