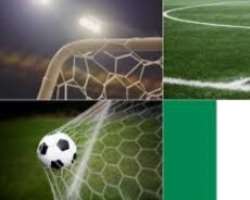 Crisis apparently seems to be brewing in the Nigerian football following federal government's declaration of the Shehu Dikko-led League Management Company (LMC) as an illegal body, banning it with immediate effect.

The federal government also ordered the Nigeria Football Federation (NFF) to immediately withdraw the operational licence issued to LMC and, constitute an Interim Management Committee (IMC) to oversee the running of the Nigerian elite league.

The statement signed by the PermanentSecretary, ministry of Youth and Sports Development, Ismaila Abubakar, further explained that the composition to run the League until a proper Professional League Board is constituted in accordance with the Statutes of the NFF should include the current Chief Executive Officer and Chief Operating Officer of the LMC.

Titled; 'Federal Government declares LMC illegal', the statement read: “In view of the several unpleasant incidents regarding the management of the Football League, specifically, the declaration of the National Football League (NFL) as an illegal body by the Court; the status of the LMC, the NFL's successor-in-title being outside the purview of the Statutes of the NFF; the federal government is constrained to withdraw its recognition of the LMC as the operator of the Nigeria Professional Football League, with immediate effect.

“This decision has become necessary because of the obvious aberration (which is at variance with our football statutes or the laws of the land) whereby a private company is GIFTED the mandate to manage or run the league indefinitely, without the full involvement of and leadership by the clubs, and devoid of any process to monitor the progress and development of the game.

“Sequel to the above, and in order to rescue our domestic football from total collapse, the board of the LMC and the LMC as a body would no longer be recongnised by the Federal government as operator of the Nigerian Professional Football League,” the FG announced.

Issuing further order, the federal government noted tgat; “to avert further chaos in our domestic football, the NFF is advised to immediately withdraw the Licence given to the LMC and, in the meantime, set up an IMC, to include the current Chief Executive Officer and Chief Operating Officer of the LMC to oversee the affairs of the League until a proper Professional League Board is constituted in accordance with the Statutes of the NFF.” (Daily Sun)