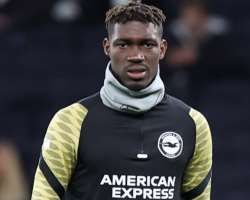 Tottenham Hotspur have completed the signing of “monster” midfielder Yves Bissouma, according to Italian Fabrizio Romano, who gave his coveted “here we go” on the deal. The Mali international was valued just five months ago at £50 million, but Spurs have managed to negotiate a fantastic bargain, securing the transfer for £25 million plus add-ons.

Romano said in his tweet: “Tottenham are set to complete Yves Bissouma deal, here we go! There will be final contacts with Brighton today on payment terms, then paperworks time. Medical already scheduled as expected…Agreement on €29m fee plus add-ons. Final details, then it will be signed.

The young footballer picture with Tottenham jersey has been leaked. He is currently going through medicals now