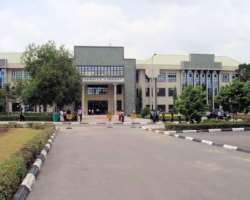 
ABUJA, July 20, (THEWILL) - The House of Representatives has ordered the Federal Ministry of Education to implement its resolution stopping universities in the country from subjecting prospective candidates for admission to higher institutions to post-University Matriculation Examination (UME).

Deputy Speaker of the House, Hon. Usman Bayero Nafada who gave the charge directed Chairmen of the House Committees on Education and Legislative Compliance to liaise with the federal ministry of education and the Joint Admission and Matriculation Board (JAMB) to ensure that the resolution is complied with immediately.

Nafada gave the directive following a complaint from Hon. Samson Positive Ihiabe (PDP, Kogi) who cited Order 8 of the House Standing Rules lamenting that despite the decision of the House about two months ago condemning the post-UME, the universities were still conducting the examinations.

According to Ihiabe, the universities in defiling the resolution of the House decided to change the post-UME test to post UMTE screening explaining that neither of the two exists in the laws of the country.

"Mr. Speaker, post UME does not exist in law and in this circumstance, the universities have changed the name from post-UME to post UMTE screening. I want the House to ensure that this resolution is complied with," he requested.

It will be recalled that the House had also mandated its joint committees on Education and Justice to investigate the alleged collection of N10, 000 from each of the 82,000 candidates, who sat for the recent Unified Tertiary Matriculation Examination (UMTE).

The House had while taking the decision described post-UME test as an abnormality and a means of exploitation of candidates and parents adding that the only body recognised by law to conduct examinations for university admission was the Joint Admission and Matriculation Board (JAMB).

It observed that the problems of prospective candidates for university admissions would be further compounded with the introduction of the Unified Tertiary Matriculation Examination (UTME) by JAMB, where candidates have to make choices for universities, polytechnics and colleges of education at the same time.