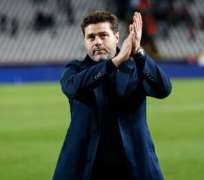 Reuters citing French sports daily L’Equipe and German newspaper Bild said the 47-year-old Tuchel, who helped PSG reach the Champions League final in August which they lost to Bayern Munich, was dismissed after Wednesday’s (December 23) 4-0 win over Racing Strasbourg. PSG are third in Ligue 1 with 35 points from 17 games, one point behind league leaders Olympique Lyonnais and Lille, and are through to the last 16 of the Champions League, where they face Spanish side Barcelona.

The club has not confirmed Tuchel’s departure.

According to the news agency, L’Equipe reported that Argentine Mauricio Pochettino, the former manager of English Premier League side Tottenham Hotspur, is set to be named Tuchel’s successor.

Tuchel was appointed PSG head coach in 2018 and has won two Ligue 1 titles along with a domestic quadruple in his second season at the club. Pochettino, who played for PSG as a defender in the early 2000s, has been out of a job since being dismissed by Spurs in November 2019. He guided the London side to the Champions League final in the 2018-19 season.

Reuters further reported that former AC Milan and Juventus coach, Massimiliano Allegri is also being linked with the job. The 53-year-old has been out of the game since leaving Juventus at the end of the 2018-19 season.