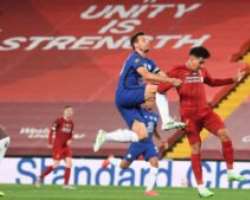 Liverpool legend, Jamie Carragher has called for Jurgen Klopp to play the Portuguese forward Diogo Jota in more games ahead of the out of form Brazilian Firmino.

Carragher made his stance known in an interview with talkSPORT on Tuesday saying Klopp playing Mane, Salah Firmino and Jota was a one-off

He had this to say about the Brazilian forward “Firmino isn't in great form right now but that could change if Liverpool get to a final, but I don't think he was in great form last season either.

“Liverpool fans are educated enough to know that Firmino's role is not to be scoring the goals. Liverpool's goalscorers play wide and they know he can create, win the ball back and start the press. But even when I looked at his pressing stats last weekend, they aren't the numbers they usually are.”

While stating that his preference for the Portuguese's selection ahead of the Brazilian in no way means and end to hardworking forward, he believes Firmino should sit out for three to four games

Still making a case for his liking for Jota he added

“When you're not playing well and you come on a substitute, it's hard to have a bad game as a sub,” he added.

Roberto Firmino has hit the back of the net ten times in his last 46 Premier League appearances which have raised some concerns since the introduction of Jota who has had a promising start in the Liverpool jersey.