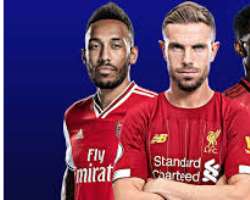 Ten Premier League players or staff tested positive for coronavirus over the past week, the highest number of infections since the English top-flight returned from a three-month layoff in June.

"The Premier League can today confirm that between Monday, 21 September and Sunday, 27 September, 1 595 players and Club staff were tested for Covid-19. Of these, there were 10 new positive tests," the league said in a statement on Monday.

"Players or Club staff who have tested positive will self-isolate for a period of 10 days."

West Ham were hit with three positive tests for manager David Moyes and players Issa Diop and Josh Cullen ahead of their League Cup game against Hull last midweek.

Until now the highest number of positive cases recorded in a week by the Premier League was six, when clubs returned to training in May.

A rise in infections across the United Kingdom has seen the reintroduction of stringent measures to curb the spread of Covid-19, including the delay of a return for fans to watch sports events live in stadiums. (AFP)