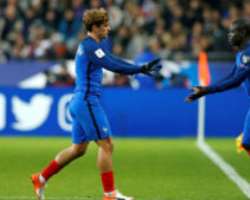 In the summer transfer window, so far, Manchester United have only managed to sign a midfielder in the form of Donny van de Beek.

If the latest reports in the media are anything to go by then the Red Devils have moved in and made contact to sign yet another midfielder.

According to The Sunday People , Man United have inquired about hiring the services of N'Golo Kante from Chelsea.

The famous outlet have mentioned that after splashing a lot of cash to improve the squad this summer, the Blues are prepared to sell the French international if the price is right.

It is claimed that the Old Trafford club want to add more strength to their midfield and the Stamford Bridge outfit are looking to get at least £50million from Kante's departure.

As far as the competition is concerned, The Sunday People have claimed that Inter Milan are looking to lure the World Cup winning star as well but initially, the Nerazzurri want him on a season long loan.

Kante was a key member of the Leicester City squad that won the Premier League title four years back. The season after that, he was awarded the PFA Player of the Year prize for helping Chelsea win the title.

Man United have an overcrowded midfield department with stars like Fred, McTominay, Pogba, Matic and Van de Beek around but they really do not have a top quality play breaker.

Matic used to be a special holding midfield star but the veteran Serbian is past his best and should be replaced. In such a scenario, N'Golo Kante, who is one of the best defensive midfielders in the world, would be a top signing for Solskjaer.

In your view, should Man United offer £50million to sign the 29-year-old from Chelsea?