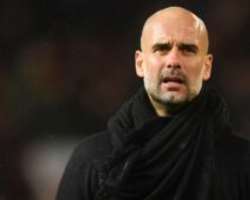 Guardiola quickly proved his managerial credentials after being handed the top job at Camp Nou in 2008. His ‘tiki-taka” philosophy became the most copied-blueprint for success of the modern era after he guided Barca to 14 major trophies in the space of four years, including three La Liga titles and two Champions League titles.

The 49-year-old moved onto a new challenge at Bayern in 2013 following a year’s sabbatical, and added three Bundesliga crowns to his silverware collection, but ultimately failed to live up to expectations in the Champions League.

Guardiola has had the same issue at Etihad Stadium since moving to Manchester in 2016, with his domestic achievements failing to mask flaws in his approach on the continental stage.

City have won the Premier League twice under the Spaniard but have yet to make it beyond the quarter finals of the Champions League, with a last-eight defeat to Lyon in 2019-20 marking their latest missed opportunity.

Guardiola switched from a successful 4-3-3 formation to an alien 3-4-3 set up against the French side, and left attacking quartet Riyad Mahrez, Phil Foden, David Silva and Bernardo Silva on the bench.

Lyon beat City 3-1 after producing a masterful counter-attacking performance, and City’s head coach blamed defensive mistakes and wasteful finishing for the loss in his post-match interview.

Matthaus thinks Guardiola has allowed his arrogant streak to cloud his judgment in recent years, and has urged him to stick to a winning formula in order to avoid more disappointment in the future.

“With Pep Guardiola I have the feeling that he always wants to do something special in big games,” the ex-Bayern and Germany defender told Sport Bild. “Barcelona had a DNA, a system he pulled through. Pep was successful there. With Bayern and City, he tried it over and over again with changes and failed again and again.

“He always wanted to show that he could do even better. I would like to tell him: Pep, you are a giant trainer – but please keep your system!

“I would describe it as egocentric. Yes, that's a harsh word, but it is due to what he did. At Bayern, Robert Lewandowski even had to play left wing once. That did not work out at all.” Yahoo Sports