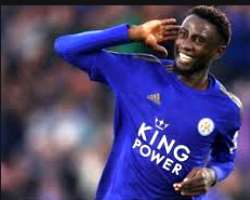 Nigerian midfield sensation, Wilfried Ndidi has been linked with a move to Real Madrid with Zinedine Zidane reported to be a strong admirer of the Leicester City Midfielder.

Following Ndidi's stellar performance for Leicester, he has attracted interests from the biggest of clubs in Europe with PSG, Arsenal, Barcelona and Manchester United all showing interest in the 23-year old ahead of the summer transfer window.

Real Madrid are reported to be top on the list of clubs who have prioritised signing the Nigerian international.

According to Spanish transfer market website fichajes.com, Zinedine Zidane has revealed his interest in the former Genk midfielder.

“The African midfielder appears on the scene as a possible new tenant of the midfield of Merengue with a view to the 2020-2021 course,” the website wrote.

“He has a contract until 2024 and several of the most important teams in the Premier League follow in his footsteps.

“Real Madrid have among their priorities the arrival of a new midfielder to their ranks. Merengue coach Zinedine Zidane only has the Brazilian Casemiro as a specialist in the defensive midfield position after Marcos Llorente’s departure to Atlético de Madrid last summer.

“In this situation other proper names emerge. And one of the options that most seduces and is echoed by the information published by Central Defense is the one featuring Nigerian Wilfred Ndidi. He arrived at Leicester in the summer of 2016 for €17m from Genk, the player is one of the covered ones that most seduces Zinedine Zidane with a view to the next course.”

It's left to be seen whether Ndidi will make a move away from the King Power this summer but with the look of things, the chance of Ndidi staying at Leicester beyond this season is pretty slim.