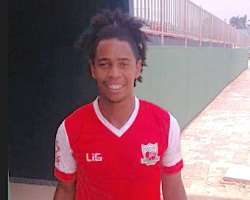 The arbitrary practice of Nigerian clubs regarding ending players' contract has become a huge impediment in the quest for the development of the Nigerian league.

The player, according to completesports, claims that Heartland unlawfully terminated his remaining one-year contract and have refused to pay him off.

Thenigerianvoice understands that Heartland agreed a two-year contract with Santos in tje 2018/2019 season but after the season, many players, including the Brazilian, were laid off by five-time champions new management.

An official who spoke to completesports on the condition of Anonymity said “Santos was affected. He has made several efforts to get justice which has not yielded any good result,”

“So, he headed for FIFA to lodge a complaint against the club”.

Recently, the League Management Company (LMC), handed the club a two-year transfer ban as a result of that illegitimate massive sacking of players.

The affected players, who are still owed several months salaries and who still have valid contracts with the club, petitioned the LMC. As a result, the Apex league body sent memos to Heartland but the Owerri outfit never responded, which brought about the two-year transfer ban imposed on the club.

Imo State government’s new Chief of Staff (Administration), Dr Patrick Ekeji – a former footballer, coach, and retired Director General of the National Sports Commission, (NSC), is currently saddled with the task of cleaning up all the mess in Heartland FC and repositioning the club.