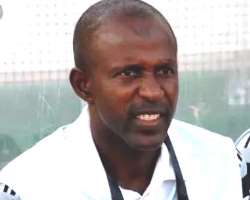 Baleria reportedly died in Kano at Doctors Clinic after suffering from an undisclosed ailment. He has been buried according to Islamic rites.