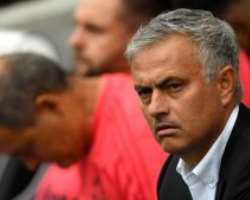 Tottenham has already signed Gedson Fernandes on an 18-month loan deal from Benfica and also made fellow central midfielder Giovani Lo Celso a permanent signing on Tuesday, after the Argentina international initially joined on loan in the offseason.

Bergwijn, who signed a deal through 2025 for an undisclosed fee, can play on either wing and has played nine times for the Netherlands, having made his international debut in October 2018.

Midfield has been a problem area for Mourinho since he took charge in November. Lo Celso recently has established himself as a regular starter as a replacement for Christian Eriksen, who joined Inter Milan on Tuesday.

Mourinho has been alternating between Harry Winks, Eric Dier and, when fit, Tanguy Ndombele in central midfield — without appearing to be satisfied with any of them.

Another midfielder, Moussa Sissoko, is out until April because of a knee injury.

Bergwijn will likely compete with Lucas Moura and Erik Lamela for a place in the team.

Arsenal, Tottenham’s north London rival, also made a move late in the January transfer window by reaching an agreement with Brazilian team Flamengo to sign center back Pablo Mari on loan until the end of the season.

Arsenal has the option to make the deal permanent.
The left-footed Spanish defender, who helped Flamengo win the Brazilian title and the Copa Libertadores last year, was at Manchester City from 2016-19 and was sent out on loan to three clubs in that time.

Arsenal manager Mikel Arteta has recently moved from City, where he was assistant coach to Pep Guardiola.

Mari provides an extra option for Arsenal, which has been short of center-back cover this season because of injuries. The latest player to get injured was Shkodran Mustafi, who hurt his ankle in the FA Cup fourth-round win at Bournemouth on Monday.