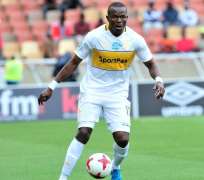 The former Inter Milan star has been training with the club and they are set to offer him a short-term contract.

Nsofor was on trial at Potenza and Vedeggio but he failed to convince both clubs.

He is a free agent after leaving South African side Cape Town City in 2018 since then he has not been able to secure another move.

Nsofor started his professional career in Europe with Chievo before sealing a big move to Inter Milan under Jose Mourinho.

He scored 12 goals in 48 appearances for Nigeria and he also represented the Super Eagles at three African Cup of Nations finals and 2010 World Cup.

He has also had stints in England, Germany, Spain and Russia.