Ronaldo gets off the mark for Juventus 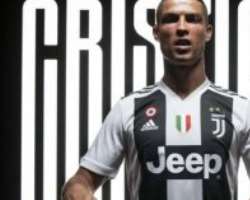 Milan (AFP) – Portuguese star Cristiano Ronaldo scored his first competitive goal for Italian champions Juventus and then added a second in Sunday’s fourth Serie A game of the season, against Sassuolo in Turin.

The 33-year-old tapped in on the line after a goalmouth scramble on 50 minutes, and added a second 15 minutes later to give the reigning seven-time champions a 2-0 lead.

The five-time Ballon d’Or winner was the star signing of the summer transfer period, arriving amid great pomp and ceremony following a 100 million euro ($117 million) deal from Real Madrid.

Coach Massimiliano Allegri had said before the match he was not concerned that Ronaldo has failed to find the net despite 23 shots at goal in the team’s three wins out of three so far this season.

“I don’t expect Ronaldo to do more or less than what he did in the first three games,” said Allegri.

“I believe tomorrow could be his day.”
Ronaldo scored 44 goals for Real Madrid last season including 15 in the Champions League on the way to a third straight title.

Bolstered by five-time winner Ronaldo, Juventus begin their quest for the Champions League title which has eluded them in two decades in Valencia next Wednesday.