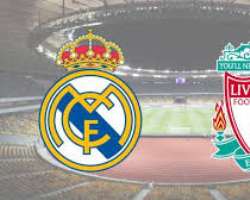 The Welsh International replaced Isco in the 59th minute before scoring a fantastic acrobatic goal to give Real Madrid the lead.

Bale scored his second of the Night when Karius fumbled his long range effort into the net to send Real Madrid fans into wild jubilations.

Liverpool missed Mohammed Salah who limped off in the first half,they were not able to create any meaningful chance since he hobbled off.

Real Madrid are the First team to win the Uefa champions league three times in a row.