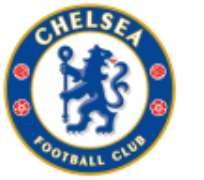 Eden Hazard scored the only goal as Chelsea defeated Manchester United. 1-0 to win the FA Cup.

Both teams had a chance to redeem their season but Chelsea grabbed the opportunity as Manchester United ended the season without a Trophy.

Eden Hazard almost gave Chelsea the lead in the early moment of the game, but De gea denied the Belgian with a close range save.

Manchester United failed to take advantage of their dominance as they struggled to create any clear cut chance in the first half.

Eden Hazard was fouled in the box by Phil Jones after the Belgian raced clear at the goal, the referee rightly pointed to the spot.

Eden Hazard sent De gea the wrong way to give Chelsea the lead.

Manchester United Striker Lukaku was only fit to start on the bench, the Reds struggled without him as they lacked physical presence upfront to allow Chelsea defend so deep.

Manchester United improved after the restart, Rashford missed target despite having only the goalkeeper to beat.

Paul Pogba missed the United's best chance when he failed to direct his header on target despite being unmarked.

Chelsea continue to soak up pressure by defending doggedly to frustrate the Red Devils.

The Blues held on to win their only Trophy season after failing to mount a serious Title Defence in the EPL.

However, The Future of Antonio Conte is still up in the Air even after winning the FA Cup.