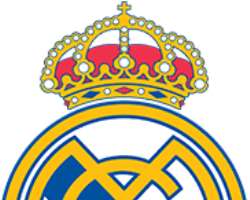 Real Madrid are planning to build a football academy in Rivers State according to Rivers State Governor, Nyesom Wike.

Wike, who is a lifelong Real Madrid supporter revealed on Tuesday that the Spanish Club have concluded plans with the Rivers State Government to establish a Football Academy in Port-Harcourt

“We have young men who want to be coaches, who will be trained in Spain,”

“We have our young boys and girls who want to go and play football in Spain.

“This partnership is with the best club in the world and it’s in the interest of all.”

Wike said that the Confederation of African Football (CAF) President, Ahmad Ahmad will perform the foundation-laying ceremony in Port-Harcourt on May 28.

Real Madrid are the defending champions of the Uefa Champions League, they will be slugging it out with Liverpool for a chance to win the trophy three times in a row in the final on May 26.

Port-Harcourt based Rivers United are currently in the 9th position in the NPFL.