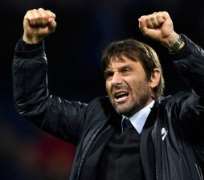 CHELSEA are in talks with Roma over a £77million double swoop for striker Edin Dzeko and defender Emerson Palmieri.

The Italian giants are demanding £57m to let former Manchester City striker Dzeko go, while Palmeiri is valued at £20m.

REUTERS
4 Chelsea are looking to sign Roma star Edin Dzeko
However, the Blues value the pair at £44m, but are prepared to offer striker Michy Batshuayi on loan as part of the deal.

Blues boss Antonio Conte has turned his attention to Dzeko after a loan move for West Ham's Andy Carroll collapsed due to injury.

Dzeko – who played around 100 games for City between 2011 and 2015 –   scored twice against Chelsea in the Champions League group stage before Christmas and would be ideal back-up for Alvaro Morata.

Brazilian-born left back Palmieri, 23, is an Italian citizen which means he does not need a work permit to play in the UK.

His agent Fernando Garcia said: “Of course yes, absolutely, the two clubs are now talking, we'll see if it will be successful.

“There's still nothing certain, we are in a stage of discussion and evaluations.

“It would be a dream: Conte is a top manager, one of the best and most successful in the world.”