Epl Round Up; Spurs And City Win, But More Misery For Pardew 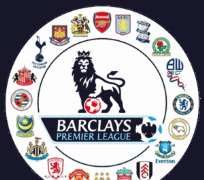 Runaway EPL Leaders, Manchester City are back to winning ways after beating Watford 3-1 at the Etihad Stadium courtesy of an Early Strike from Sterling in just 38 seconds before Kabasele diverted De Bruyne's cross into his own net Aguero put the icing on the take in the Second half to ensure City return to winning ways after their 18 Match winning streak was brought to an end against Crystal Palace.

West Ham came from behind to defeat West Brom piling more misery on Alan Pardew who is waiting for his first win since replacing Tony Pulis in the dugout.

West Brom opened the scoring when James McClean beat Adrian with a Close range finish,but Carroll had other ideas when he equalised in the 59th minute before breaking West Brom Fans heart by Scoring an injury time winner in the 94th Minute to give West Ham the maximum points.

Crystal Palace continued their revival by claiming the maximum points with goals from McArthur and Milivojevic.

EPL Action continue today,Arsenal will welcome EPL Defending Champions to the Emirate Stadium, it promises to be a cracker.