Victor Moses returns to light training after a month out injured 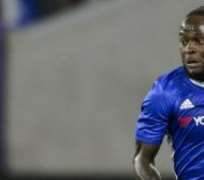 Some good news on the injury front even as the international break is already claiming its usual quota of knocks (Cahill absent from England's last training session), bruises (Morata dealing with a nail problem), and injuries (Batshuayi returning to Chelsea after x-rays in Belgium).

On Thursday's Chelsea wing-back Victor Moses returned to some light fitness work on the training ground, still separate from the rest of the first-team, but making good progress as he bids to return to game action after the international break.

Moses, who rose from Loan Army spare part to key first-team player at Chelsea last season, has been out for almost a month, since straining his hamstring in Chelsea's 2-1 loss at Crystal Palace back in mid-October. In his stead, Davide Zappacosta and Cesar Azpilicueta deputized, with mixed results. Zappacosta has shown good drive going forward, but questions remain about his defending, which is the opposite of what Azpilicueta brings to the table. Moses is perhaps the most balanced option at the moment, and having two right wing-backs once again will hopefully also stop the constant shifting around of Azpilicueta