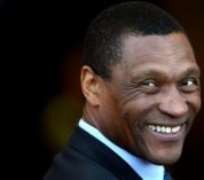 Michael Emenalo, a man whose association with Chelsea Football Club stretches back to no less than 10 years ago, has resigned from his post as Technical Director.

In contrast to certain reports on social media, which claimed that Emenalo was “let go” by the club, the 52-year-old made the decision to step down, believing it to be right for all parties involved.

'This has been a very difficult decision to make, but one I believe is right for both myself and my family, and the club. I have had the privilege to work alongside some of the most talented people in the world of sport over the past 10 years, and I will depart incredibly proud of the achievements we have made. I wish Chelsea every success and look forward to following the club's future triumphs from afar.'

It was certainly a development no one could've seen coming at this point in time, especially after witnessing Emenalo enthusiastically cheer Andreas Christensen on at Stamford Bridge last evening, as Chelsea beat Manchester United 1-0. Speculation continues to mount as to why exactly Emenalo ended his association with the club, with various angles such as a power struggle with Antonio Conte and Marina Granovskaia, and a potential job opening elsewhere doing rounds in the press but from Emenalo's quotes, one thing seems to be clear — his tenure at Chelsea had run its course.

Granovskaia and Conte both had their say on the matter, with the latter in fond remembrance of Emenalo.

'I am very sorry to see Michael leave Chelsea, and I would like to thank him for all his help and support since I arrived at this club. I have enjoyed working with him very much, we celebrated a Premier League title together in May, and I wish him the very best for the future.'

– Antonio Conte; source: Chelsea FC
Granovskaia, on the other hand, expressed her gratitude towards him on behalf of the club while also hinting at a possible re-haul of the club's management structure in the near future. Chelsea Chairman, Bruce Buck, also added that Emenalo had handed in his papers earlier this week and was leaving only to undertake a new challenge elsewhere.

'We are extremely grateful to Michael for his tireless work over the past 10 years. He has played an important role during the most successful period in the club's history, helping make Chelsea the club it is today. We will now be reviewing our management structure, and Michael will be a part of that process as we look ahead.'

'It is with regret that the owner and board of directors accepted Michael's resignation this week. He has had a tremendous impact on the club over the past 10 years and this is evident in everything we have achieved. We are sorry to see him go but understand his desire to move on and explore new challenges.'

– Bruce Buck; source: Chelsea FC
Emenalo's time at the club was never shy of controversy and reports of palpable discord between various individuals at respective times, but one cannot deny that he played a major part in Chelsea FC's unprecedented success in the last 10 years.