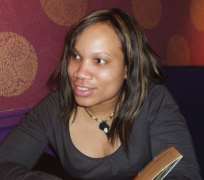 FOR three days, early his month — Tuesday, May 4, Thursday, May 6, and Monday, May 10, the Nigerian Export Promotion Council (NEPC), World Bank, National Film & Video Censors Board (NFVCB), Nigerian Film Corporation (NFC), and Nigerian Copyright Commission (NCC) in a collaboration came together for the purpose of exporting Nigerian entertainment to global audience, and Vanguard, which was part of the various workshops spoke to a World Bank Finance and Private Sector specialist, Chioma Nwagboso. Excerpts:

According to her, the industry “started without government aid, intervention or assistance. Instead, talented individuals with a passion and drive grew it from scratch and today it is worth about $250 million, employs at least 500,000 Nigerians directly and about the same indirectly and has demand worldwide.

According to a new United Nations Educational, Scientific and Cultural Organisation (UNESCO) report released in May 2009, the Nigerian film industry has overtaken Hollywood and closed the gap on India to be the global leader in the number of movies produced each year.

It is the third largest movie industry in the world by value after Hollywood and Bollywood (India's film industry). Most of those employed in the industry are graduates or school leavers who are the main target group for our support within this particular project.

“In terms of exports, these movies are purchased and watched across the world in other African countries, Europe, America and the Caribbean, and almost all the exports are pirated copies. There is no recognised or utilised legal channel for these movies to be exported which means there is no return to the owners and creators behind the movies and no revenue to the Nigeria government. That's why we are excited about collaborating with NEPC, NCC and NFVCB among other stakeholders to ensure we make this a fruitful export for the country and its citizens.”

On how did the World bank arrive at the sum of $20 million intervention fund, and what sectors of the entertainment industry would the fund be utilised, she explained that the $20 milion is just a starting figure, “we hope to achieve some quick wins and then scale it up to a larger amount during implementation.”

On GEMS, and what is the focus of the project? “GEMS stands for Growth and Employment in States Project. It is a Federal Government Project that will support key industry clusters including the entertainment industry. The World Bank and DFID are providing financial support to the project which seeks to reduce poverty in Nigeria. The project aims to create thousands of new jobs in selected states and diversify the economy thereby ending our dependence on oil.

“GEMS is focusing on six industries that we believe have the ability to contribute towards the growth of the Nigerian economy while providing employment to the millions of unemployed youths out there. The six industries are Construction, Meat ad Leather, Wholesale and Retail, ICT, Hospitality and Entertainment.”

On what the GEMS project is supposed to achieve, and the likely in-built mechanism to ensure its success, the World Bank expert said the programme would deliver three outputs, viz:

*An improved business environment that red uces the cost and risk of doing business providing greater incentive to invest;

*Increased competitiveness of strategic clusters in selected non-oil industries improving the return to investment in terms of growth and jobs;

*Effective monitoring and evaluation to provide valuable lessons which, through communication and peer learning, help to leverage programme impacts.

Pirates have hijacked and robbed the industry of all of its professionals. With little input they often reap many times more than the genuine investors in the industry. The pirate is not interested in the creativity, time, work and effort; he waits for the completed work, gets a copy, mass dubs it and rushes to the market before the authorised marketer or distributor to sell it at a price often less than the production cost price.”

“We have held meetings with the Nigerian Copyright Commission and the National Film and Video Censors Board to understand what their challenges and constraints are and how we can be of assistance. We are particularly interested in the anti-piracy product known as source identification code been heralded by the NCC and the NFVCB's Digital Nollywood Project which is aimed at creating a digital distribution platform for Nigerian films through the connected video clubs and retail outlets that would be signed up to retail and rent digitally secured content through proprietary digital media computers.

We also collaborated with the Nigerian Export Promotion Council on its conference on “Harnessing the Nigerian Film Industry through formal non-oil export.” We believe that this will create national awareness in the huge potential Nigerian films has in contributing towards the generation of foreign exchange to the country.”

On how the World Bank will create jobs in the non-oil sector of the economy, Nwagboso noted that the overall aim of “this project is to create over 100,000 new jobs in these growing industries. We intend to support and to reduce our foreign exchange revenue from oil. In each case this will be achieved by working on some of the market failures, organising the private sector players and reviewing and making changes to inappropriate regulatory or legal frameworks and policies that govern each sector.”

And on how do the World Bank hope to reduce the cost of doing business in Nigeria, she said the “World Bank has a unit that looks at the business environment and publishes a league table of all the countries in the world, each year entitled: “Doing Business.” In Nigeria, this analysis is undertaken within the Investment Climate Project which supports state governments in improving their business environments.

Together with DFID we have provided grant funding and technical expertise to states interested in undertaking reform pilots to improve their business climates.”

These efforts will be scaled under the proposed GEMS project, where we will focus in more detail on land and tax reforms and reducing the number of days it takes to get permits to start a business. The World Bank strongly believes that an improved business environment reduces the costs of doing business and enhances opportunities for both domestic and foreign investors. This is needed to create jobs and provide opportunities for all but especially for young Nigerians.