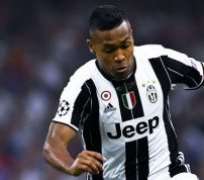 Antonio Conte has made it clear he wants to improve his defensive options and wants to provide competition at left-back for Marcos Alonso, who flourished for the Premier League champions last term.

A move to England's top flight has been mooted for 26-year-old Sandro.

Reports earlier this week claimed the Blues made a £34.7m offer for the Brazilian.

It was thought Serie A champions Juventus wanted £43.4m.

But Juve boss Massimo Allegri is reluctant to part company with Sandro, and according to the London Evening Standard, are ready to deter suitors with a high asking price.

What are Chelsea’s chances of signing these superstar targets? Massimo Allegri has no intention of letting Alex Sandro leave the club In the report, the London Evening Standard suggests Juve want at least £52m for Sandro.

Chelsea have been keeping tabs on the player along with Southampton's Ryan Bertrand and Monaco star Benjamin Mendy.

Departing Blues skipper John Terry stressed the need last month for Conte to be backed in the transfer market.

He said: “Manchester City have already made one big signing, so we need to act fast and I am sure the club will. Everyone needs to keep raising the bar

“We can push on. Clearly, we have to keep improving year after year.

“I've seen that you can't stand still in the transfer market.

“I am sure we'll do the same, the manager stressed that.”