FA Cup: Manchester United to be without Rashford, Martial, Rooney for Chelsea showdown 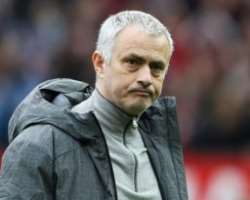 Manchester United look to set to be without all four of their first choice strikers for Monday's FA Cup quarter-final against Chelsea at Stamford Bridge, with Wayne Rooney, Marcus Rashford and Anthony Martial all absent from the team train down to London on Sunday.

With Zlatan Ibrahimovic suspended, United manager Jose Mourinho faces a huge selection dilemma ahead of his return to his former club, with a makeshift attacking line now certain to take centre-stage at Stamford Bridge.

Rooney was expected to play a key role in the Chelsea game, but he picked up an injury in a training ground collision with Phil Jones, while Martial is also injured and Rashford is nursing illness.

Henrikh Mkhitaryan may now be drafted into fill the void at the spearhead of the United team, with Marouane Fellaini also a contender to provide a robust option to take on Premier League leaders Chelsea.

Fellaini could start up front for United at Chelsea

Now he has been hit by an injury nightmare that is adding to his concerns over burnout for his players in a season when they have been targeting success in four major competitions.

“I'm not surprised (by Chelsea's success). I'm surprised with the way they play,” he said. “I'm surprised because I thought they were demanding a different kind of football.

“I think they are very good defensively and I think they have fantastic players to be a counter-attack team and to kill opponents with three or four players.”

While he has vowed to field a strong team as he makes his second return to Stamford Bridge since he was sacked as Chelsea manager in December 2015, the injury crisis afflicting his team will severely limit his options.

There may be an option to bring one of Rooney, Rashford or Martial down to London on Monday if they respond to treatment, but it appears that all three will be absent for a game that now appears to be heavily weighted in Chelsea's favour.