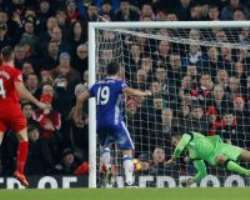 Victor Moses has been rewarded for becoming one of the unlikely success stories of the season with a new contract worth £75,000-a-week, but head coach Antonio Conte still wants to strengthen Chelsea's wing-back options this summer.

The two-year extension means Moses is committed to Chelsea until 2021 and has earned a significant pay rise to his previous £45,000-a-week wages after becoming a crucial member of Conte's Premier League table-topping team.

But Conte wants at least one new wing-back as part of his summer transfer plans, as he plots how to maintain Chelsea's Premier League form alongside a Champions League campaign next season.

Chelsea almost signed Sead Kolasinac from Schalke to compete with Marcos Alonso for a spot on the left side in January and, despite a good first season with the club, Alonso's position is at greater risk than that of Moses. Chelsea may go back for Kolasinac in the summerCredit: Rex Features

Kolasinac is not thought to be high on the list of Conte's summer targets, with Monaco duo Djibril Sidibe, who can play on the right or the left, and Thomas Lemar, a left-footed midfielder who could be converted to play at wing-back, both preferred.

Although he too could be offered a new deal as reward for his good form at Bournemouth, defender Nathan Ake may leave Chelsea, either on loan or permanently, again in the summer.

Bournemouth, where he spent the first half of the season on loan, and Southampton are both interested in Ake, who has failed to break into Conte's side since returning to Stamford Bridge in January.

On his new contract, Moses said: “I feel very excited. I'm delighted to be here for another few years now and to sign a new deal. Now it's time to concentrate on the team and keep working hard to make sure we win games and try to win the Premier League this season.

“We're having a great season, I'm enjoying my football and we have a good manager here that has given every single one of us confidence. I just want to keep on enjoying it and working hard for the team.”

Moses was sent on loan for three successive seasons by former manager Jose Mourinho, to Liverpool, Stoke City and West Ham United, having joined Chelsea from Wigan in 2012.

It appeared Moses had little future at Stamford Bridge, but the 26-year-old grabbed his chance when it arrived and his new deal has been announced ahead of Chelsea's trip to West Ham next Monday night.

“I had a great time there last season, it's a nice memory but now I'm a Chelsea player and I'm enjoying my football,” said Moses. “I can't wait to go to the London Stadium and, hopefully, we'll get three points.“I've always wanted to play for this big club, it's one of the best clubs in the world at the moment and I'm enjoying every single minute.”

Technical director Michael Emenalo said: “We are extremely pleased Victor has chosen to extend his contract with us. He is enjoying an excellent season and, under Antonio's leadership, has proved to be an important member of the squad.

“This new contract is testament to Victor's hard work and dedication to succeed at Chelsea, and we believe he will be a big part of our future success.”

A decision on the future of Michy Batshuayi will be left until the summer, with the possibility of the Belgian being sent on loan or sold if he expresses a desire to play more regularly. Chelsea will try to sign at least one new striker with Real Madrid's Alvaro Morata Conte's top target.