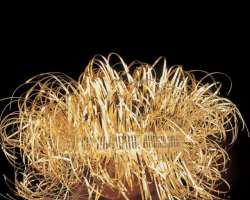 Group Faults Hosting Of Miss Africa University Pageant In Bayelsa CHRIS OZOEMENA, Yenagoa [ureports], May 17 2010 12:46pm The proposed hosting of the Miss University African Beauty Pageant by the Bayelsa state government has been faulted by a group known as Bayelsa Indigenes in Diaspora (BID), saying such hosting is a clear show of waste of state resources and violation of laid down rules in the recruitment of beauty queens to be used at the pageant.

The State Government had approved the hosting of the Miss University Africa Beauty Pageant on the 22nd of May at the Glory Land Cultural Centre, Yenagoa which is supposed to be supervised by the office of the Wife of the Bayelsa State Governor, Mrs. Alanyingi Sylva.

The group, said though the issue of beauty contest among youths is positive and means of cross cultural interaction, but noted that the sponsorship of the event by the Bayelsa State government at a time it could not pay salary of workers and scholarships for indigent students in the various Universities is wasteful and unnecessary.

In a statement issued in Yenagoa and signed by its President, Comrade Prince Perezi, said the sponsorship and hosting of the Miss University Africa beauty pageant is not only a waste of scarce state funds, but a clear example of gross financial mismanagement, misappropriation and misplacement of priorities by the present administration in the state.

Comrade Perezi said though the last few months have been difficult for the state in terms of provision of socio-economic activities in the state, the decision for the sponsorship of the event was muted from the office of the Wife of the Governor.

“Wwe have seen letters signed by Mrs Alayingi Sylva to the Nigerian Embassy in the various African, Mideast and European Countries for the procurement of visas for some of the contestants.We also have it on good authority that most of the contestants are not university students, but pimped street girls living in Paris , Dubai and South Africa , who were picked by international pimps for commissions on delivery of the girls”.

According to the group, the hosting of any university related events and activities such as the world university games are purely the concern of the host universities, who may approach corporate organizations for sponsorship of such events, ” what is the role of the Niger Delta University in this project? Why the Bayelsa state government has taken it upon itself to sponsor and host an University Africa beauty pageant with public funds, when workers of the state owned Niger Delta University are been owned salaries for over two months. What are the economic benefits to the state? ”

This is an advance means of women trafficking and should be investigated by the appropriate security agencies in the country, State and National Assembly. This is very damaging at this time of rebranding our great nation, to invite young girls who have no business with the Universities in their various countries, thereby constituting a national security risk.