What Chelsea has made of January transfer window so far 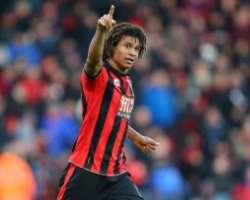 The January transfer window is almost halfway over. So far, it has been largely dictated by Chinese clubs exercising their vast financial powers, paying the ridiculous fees and wages that are fast becoming the norm for their league. The fact that Axel Witsel opted for the Chinese Super League over the glitz and glamour of Juventus is a strong indication of China's ability to lure prestigious players. Money certainly does talk.

Characteristically, Chelsea have been involved in multiple rumors regarding potential arrivals as well, the most prominent (and relatively sensible) of which has been the one about Fernando Llorente who may seek to swap South Wales for South West London. But the one and only concrete addition that the Blues have made so far was to recall Nathan Aké.

How happy should we be with our progress so far? Nathan Aké

My initial reaction to the news was one of disappointment. It may have taken a few weeks if not months, but Aké had finally established himself as Bournemouth's leading centre-back, and looked set to continue excelling in that role for the rest of the season. His attacking and defensive contributions had been key to Bournemouth's progression this season and he also formed a crucial component of a sturdy defensive unit. I feared that concluding his loan period six months early would squander consistent first-team opportunities.

Having heard Conte's compelling arguments for the reasons behind the decision, my stance has been altered. Nathan Aké is arguably the most versatile option at Conte's disposal with the ability to operate at wing-back, centre-back or in midfield. Given his technical skills and his left-footedness (which is unique among our center backs), I believe his talents could be best utilised at LCB. Aké could also be a perfect long-term candidate as Chelsea's defensive options begin to age (David Luiz will turn 30 before the end of the season, joining Cahill in that club) or see their contracts expire (Terry and Ivanović both up this summer).

Most importantly, the decision to recall Ake testifies to a renewed emphasis on utilizing our own academy and youth talent. Throughout his brief tenure as Chelsea manager, Conte has already displayed greater willingness to empower our youngsters with opportunities than his recent predecessors have. To add Nathan Aké to the likes of Chalobah, Loftus-Cheek, and Aina would be a significant step in the process of our youth development and would reinforce the positive message to the rest of the Academy and the Loan Army. Chelsea have won countless accolades and accomplishments at youth level; the time is nigh to exploit that wealth of talent and flaunt it so that all can admire it. Photo by Ben Hoskins/Getty Images Fernando Llorente In, Michy Batshuayi Out?

One headline that has dominated the first two weeks of the transfer window has been the potential arrival of Fernando Llorente. Many papers are reporting that Llorente's arrival would see Batshuayi depart on loan, a notion that Conte has refuted on countless occasions during press conferences. Yet the rumours persist.

I, like many others, covered my eyes in horrific discontent as I read the news. Replacing a 23-year-old striker who was bought for a whopping £33m with a 31-year-old who is currently battling relegation seems to be entirely nonsensical, yet there is an argument to be made in support of this potential transfer.

Batshuyai has been limited to a total of 84 minutes in 12 league appearances. While he has started every cup game, a fourth-round EFL Cup defeat to West Ham and the overall absence of European Football have restricted the Belgian international's opportunities. He does have three goals in those four cup starts and we've seen glimpses of why Chelsea spent so much on him, but at the age of 23 he desperately requires consistent first-team opportunities to continue his development. Conte has raised concerns about Batshuayi's need to adapt, and that can be hard to do without actual game time.

In addition to this, Llorente could actually be an exceedingly useful option to provide short-term cover for Costa and execute the head coach's gameplan. Conte's familiar, having signed the Spaniard in his last season at Juventus — Llorente scored 18 goals in all competitions that season — and while his current goal-scoring form isn't as glamorous as in his Turin days, his footballing aptitude remains apparent even when surrounded by the mediocrity that has been Swansea City this season.

There is no certainty that this speculation will materialise into purposeful action, nor would Llorente's arrival necessitate a Batshuayi loan, but it's a situation that could prove crucial as Chelsea head into the second half of the season while continuing to rely on just one striker.